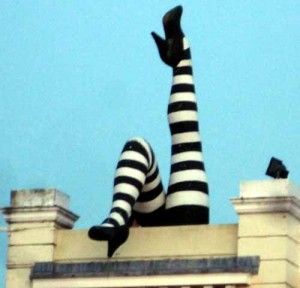 Stats showed that Blues had a great record against the Seagulls but, on the other hand, Brighton are on a good run while Blues are on more of a walk.

Not many managers of struggling teams would keep their most expensive forward and their top scorer on the bench for a couple of rookie wingers/would be strikers. However, Lee Clarke did just that with little success although hindsight is a wonderful thing and for all the subsequent detractors, it should be pointed out that when King and Zigic have started the full ninety minutes together, they’ve hardly looked a dream pairing. Additionally with the backing of Wade Elliott as a pseudo winger, the team has then demonstrably lacked natural pace. Perhaps also, in defence of the much-maligned Clarke’s selection, when he brought on King and Zigic against Huddersfield we conceded an equaliser and there followed a tirade of criticism from fans.

In terms of the actual match, the early exchanges were fairly even though it came as a bit of a shock to see Caldwell rise like a salmon to score the opener from a well-flighted corner. That apart, we played some neat football with Redmond and Hall threatening in flashes but neither player is the sort to hold the ball up effectively for long, especially if it is for a non-running central midfield.

Unfortunately Blues again displayed defensive frailties with first of all Caddis sullying his usual impressive performance with a rabbit in the headlights moment allowing a cross to reach Ashley Giles. Then it got worse as Giles was allowed the run of the box as Blues defenders adopted an ‘After You Claude’ approach as the ball was thumped home. The second goal came as the defence panicked and was sucked in to leave Brighton’s Lopez the space to volley home.

In fairness, the second half saw a far more robust display with Burke continuing his resurgence of form and whilst Ziggy Stardust is perversely bereft of ground control he caused a lot of problems in the air. The Seagulls’ keeper pulled off some excellent saves but luckily his one moment of madness was reserved until the dying seconds when he allowed a powerful but straightforward header to slip through his hands to the delight of the long-suffering Tilton.

Overall, Blues deserved a draw and young Reilly again had a decent game but whether Gomis is the right man alongside is debatable.