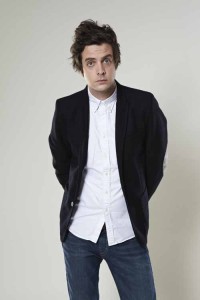 Held in the ‘Open’ room at thestudio in Birmingham, the event on Wednesday 19th December, promises three and a half hours of fun, food and festivities, and is the perfect place for those looking for a Christmas party with a difference.

With a two-course Christmas carvery, and mulled cider on arrival in the Atrium overlooking the roof garden, spirits are sure to be high before the show even begins.

As one of the top 15 acts at this year’s Edinburgh Fringe Festival, star comedian Tom Craine is used to performing to sell-out crowds across the country, but this will be his first gig at thestudio, which is located in Cannon Street, city centre.

Tom is a writer on some of TV’s funniest shows including 8 Out of 10 Cats and Mock the Week, he has also appeared on Russell Howard’s Good News and Live at the Electric, and so guests can definitely expect a lot of laughs.