Birmingham has been ranked as having the highest quality of life of any UK city outside of the capital in a new study by Mercer, a global HR firm. 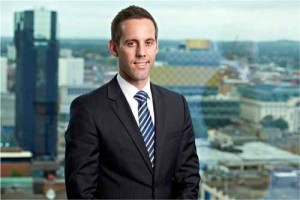 Wouter Schuitemaker, Investment Director at Business Birmingham, the city’s Inward Investment programme, commented on the ranking: “It comes as no surprise that Birmingham has retained its position as the best city to live in the UK outside of the capital. Birmingham has an incredible offer for those who live, work and visit here.

“We are one of the youngest and most diverse cities in Europe, which brings with it an energy and vibrancy that is hard to find elsewhere. We are also one of Britain’s greenest cities and have more than 30 miles of scenic canals crossing the city centre. We have a growing reputation as a foodie capital with everyone from the New York Times to the Gulf News lauding our Michelin chefs and local food heroes. Our culture scene is making waves. The city’s propensity to break barriers has seen us be the first to stage ambitious and revered operas, adding to more than 25 home-grown independent festivals and an eclectic music scene.

“These attributes are not just nice to have for those who live here – they play a vital part in attracting visitors and investors to the city.

“Last year Birmingham attracted a record high of 33.5million visitors. These visitors came to experience our food, culture and retail among others, and in doing so gave a £4.9billion boost to the local economy.

“Quality of living is also a crucial part of our sell to investors. While investors have to be confident that the city can offer the business environment they need to grow, they also need to know they can attract and find the best talent by locating here.

“With more inward investment than any other city in the UK outside of London last year, Birmingham is obviously hitting the nail on both counts.

“A diverse range of investors including the Solicitors Regulation Authority, NVC Lighting and Synapse, have all located or expanded in Birmingham in the past 12 months, attributing their moves to the city’s quality of life and business offer.

“As a city however, we are not resting on our laurels. Birmingham has one of the most ambitious investment plans in Europe, designed to ensure the city has the infrastructure and developments needed to attract and retain investors, create jobs and sustain a resilient local economy that can fuel the city’s growing offer for those who live and visit Birmingham.

“Birmingham is a fantastic place to live and build a business. With the plans we have in place to boost the city further, I am confident we will continue to top these rankings.”