Research led by Professor Raghavendra Rau has focused fresh light onto bribery and flies in the face of previous survey-based studies. 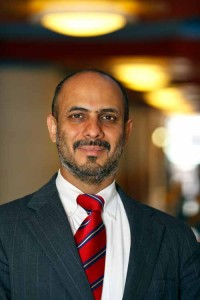 Fresh research led by Cambridge Judge Business School academic Raghavendra Rau, Sir Evelyn de Rothschild Professor of Finance, has revealed that firms bribing their way to contracts under-perform for up to three years before and after securing the work for which the bribe was paid.

The research is one of the first studies in which actual documented bribery incidents (between 1971 and 2007) are analysed, as opposed to the more traditional examination of perceptions or self-reported survey evidence. It focuses on the initial date of award of the contract for which the bribe was paid rather than the date on which the bribery was revealed.

Traditionally bribery has been studied by analysis of perceptions or self-reported survey-based evidence. Professor Rau concentrates on the date a contract was awarded for which a bribe was paid.

“We found individual companies gained an average of $7 of benefit for every dollar they paid, but the benefit disappeared the higher they want.

Professor Rau added that the research showed that ‘inefficient’ rather than ‘best performing’ companies paid bribes.

“For the worst performing companies’ shareholders, it’s good as long as they don’t try to buy up a Head of State and concentrate on a lower tier official.

“From the point of view of society it’s terrible because the worst kind of companies are winning the contracts, and that amounts to a distortion of resource allocation in an economy.”

Professor Rau insists the research has taken in ‘objective hard-core evidence’ that has also revealed characteristics of bribe-paying firms against the benefits the firms receive from handing over bribes.

Firms that win contracts by paying bribes under perform for up to three years before and after securing the contract for which the bribe was paid.

Contrary to previous survey-based studies, a firm’s performance, the rank of the politician bribed, as well as characteristics of bribe-paying and bribe-taking countries, affect the magnitude of the bribe.