Petrol sales in the UK continued their steady decline during the first half of this year, the AA confirms from new government statistics. 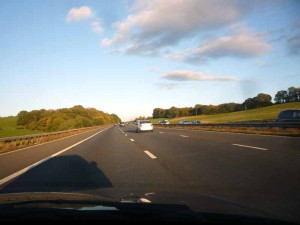 Following a temporary lift in forecourt volumes during the first quarter, caused by panic buying during the tanker drivers’ dispute, the drop in petrol retail sales returned with a vengeance in the second.

This is despite the tanker drivers’ dispute being resolved, pump prices falling away from record highs in mid April and the start of summer motoring.

Worst since the credit crunch

It was the worst second quarter fall since the credit crunch and the first time since the turmoil of 2008 that fuel stations sold less petrol between April and June than in January to March – substantially.

Retail sales of diesel between April and June reversed a growth trend since 2009, although the size of the drop suggests readjustment in the market after the tanker drivers’ dispute.

Edmund King, the AA’s president, said: “A 10.6% fall in petrol sales this past quarter is a huge drop. Whilst we welcome the fact that new cars have become more fuel efficient, this goes nowhere near to accounting for the crash in demand over the past three months and the past five years”