Meet 32 year old British citizen, Talha Ahsan. Talha is a first class honours graduate, poet and writer and suffers from Asperger Syndrome. He is one of Britain’s longest serving alleged terror detainees who have served the equivalent of a 12 year sentence at high security prisons, without a trial and without charge, in the UK.

On April 10th 2012, the European Court of Human Rights ruled that the extradition of Talha along with four other alleged terror suspects to the United States would not breach their rights, despite the prospect of life imprisonment in solitary confinement. While Talha’s final appeal to the European Court of Human Rights is still under consideration, it looks like in less than a month’s time; he could be taken away from his loved ones to serve a prison sentence in the US despite never being charged with an offence. He has never visited America and has always denied all terrorism charges.

Imprisoning British citizens without charge or trial goes against everything that Britain or what being British stands for. The UK is the only country in the world that allows its own citizens to be extradited to another country to face trial, without evidence, and for crimes which committed at all, have been committed in the UK.

On 19 July 2006, Talha Ahsan was arrested at his home under the controversial Extradition Act 2003. He is accused in the US of terrorism-related offences which arise out of an alleged involvement over the period of 1997-2004 with the Azzam series of websites, one of which happened to be located on a server in the US. American prosecutors claim that the now defunct website – Azzam Publications – was used to upload ‘extremist’ videos and raise funds for the Taliban and insurgents in Chechnya.

Talha Ahsan has never been questioned by British police, despite a number of men also being arrested and questioned from his local area in December 2003 under similar alleged charges. All were released without charge. One of them, Babar Ahmad, was later compensated £60,000 by the Metropolitan Police for the violent physical abuse he endured whilst being arrested. It was evidence from this encounter which formed the basis of Talha’s arrest two and a half years later.

According to the Free Babar Ahmad Campaign, Azzam.com was an information portal providing updates of conflicts in Chechnya and Afghanistan in the 1990s, similar to websites reporting on updates of the conflicts in Syria today, where there is no independent media coverage. International Relations journalist, Phil Rees, told me that similar websites like Azaam.com are functioning without scrutiny on American servers.

Whichever claim is true may never be known as neither Talha nor Babar Ahmad have been given a right to have their say in a British court; a right that should be afforded to every British citizen facing any criminal charge.

If extradited, Talha Ahsan faces a prison sentence of up to 70 years in a supermax solitary confinement prison. His Asperger Syndrome, which impacts his ability to process information, has been completely ignored despite experts defining him as “an extremely vulnerable individual who should be placed in specialist care rather than a supermax prison.” 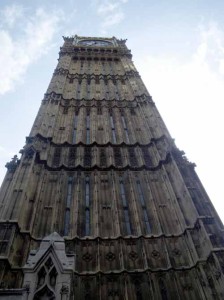 In a speech at the Munich Security Conference in 2011, Prime Minister, David Cameron stressed the importance of universal human rights to be an integral component of British values. He added that when dealing with extremism, his government should only engage with those organisations and individuals who “believed in universal human rights-including women and people of other faiths, equality before the law, democracy and the right of the people.” The treatment of people subjected to the Extradition Act, such as Ahsan, however, show just how ‘universal’ human rights are considered by those occupying the corridors of power in Whitehall.

In August 2011, Babar Ahmad’s family launched an e-petition calling for him to be given a trial in the UK. The petition attracted close to 150, 000 signatures making it eligible for an official full parliamentary debate. However, despite David Cameron’s words on democracy and the right of the people, the voices of these 150, 000 individuals were ignored by the government when it refused to debate the case.

The Extradition Act 2003 has stirred enormous controversy because it devalues the sovereignty of British citizenship. It was fast-tracked into UK legislation without proper scrutiny. Currently, the act allows the US government to extradite UK citizens and others for offences committed against US law, even though the alleged offence has been committed in the UK by a person living and working in the UK. Although this should work vice versa, many have argued that Britain has been failing to protect its citizens by allowing the US to have an upper-hand when it comes to extraditing British citizens.  A  Freedom of Information Request to the Home Office revealed that not one single US citizen has been extradited from the US to the UK under the Extradition Act 2003 for conduct committed on US soil. The extradition treaty removes the most elementary civil rights such as habeas corpus, the presumption of innocence until proven guilty, access to family and protection from torture and inhumane treatment.

And it is just not Muslims that are feeling the brunt of this law. Along with Talha Ahsan and Babar Ahmad, in a similar position are Gary McKinnon, from Glasgow and Richard O’Dwyer, from Sheffield.

O’Dwyer, a 24 year old student, is the subject of up to 10 years imprisonment for alleged copyright offences relating to TVShack.net, a website that provided links to places where users could watch TV shows and films online. The fact that there are hundreds of other websites operating like this across the world was not considered by the Home Office when it decided to sign off O’Dwyer’s extradition.  Mckinnon, who also suffers from Asperger Syndrome, was indicted by a US court in November 2002 after reportedly hacking into over 90 US Military computer systems from his UK home. He is still fighting extradition.

As  Hamja Ahsan, Talha Ahsan’s brother argues, “there are close family relationships between all the families affected by this legislation. In sum, a bad piece of legislation bites back at all British citizens. …. Even Lithuania has better protections for its own citizens in relation to extradition than Britain.  In context, France doesn’t extradite its citizens at all.  And within Holland, a foreign sentence is served on home ground.”

The longer such injustices continue, the more Britain will continue to undermine its credibility and trust in the eyes of its people. It is time for this law to be reformed. An Early Day Motion 128, supported by 57 MPs has been put forward in the House of Commons urging an immediate reform before any British citizen is further extradited.

For a country that is supposed to be at the forefront of advocating human rights, democracy and the rule of law, Britain is failing the most important duty of all; protecting its own citizens.