Birmingham is gearing up to host the Conservative Party for an unprecedented third Autumn Conference in five years, when it returns to the city next month. 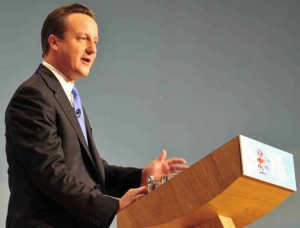 The party will hold its autumn event at The ICC from 7-10 October, with the city welcoming an estimated 13,500 delegates. The event is set to contribute up to £16.5 million to the local economy and is the ninth party conference the city has hosted in the last five years.

Marketing Birmingham and the NEC Group were responsible for securing the deal with the Conservative Party to bring the event back to the city, building on its track record of delivering successful major events.

City partners have come together to prepare for the autumn conference. This group includes Birmingham City Council, Marketing Birmingham, The NEC Group, West Midlands Police, Broad Street BID, Brindleyplace, Centro, The Hyatt Regency, City Centre Partnership and others, who have been working closely to ensure the event delivers significant benefits to the city. Further operational support is being provided by The ICC and Birmingham Convention Bureau.

In addition to the main conference programme, Birmingham will host over 500 fringe events, including a series of ‘Team Birmingham’ events, targeting visiting media, politicians and businesses, and designed to provide a platform for the city to showcase its lead on a number of issues set to arise at conference. A number of Birmingham organisations will be involved in the programme, which will cover themes key to the city’s growth including transport and aviation policy and the knowledge economy.

With 13,500 delegates and the country’s media set to descend on Birmingham, the opportunity for its visitor economy, including its restaurants, hotels and shops is significant.

Neil Rami, Chief Executive, Marketing Birmingham – which operates the city’s leisure and business tourism programmes Visit and Meet Birmingham, said:  “Birmingham’s track record of hosting party political conferences is second to none, with an unprecedented nine events taking place here in the last five years. The Conservatives’ return to the city is a clear endorsement of their confidence in our ability to deliver first-class events.

“Birmingham’s visitor numbers reached a high of 33.5million last year, helping boost the value of its visitor economy to £4.9billion. With the city enjoying recent high-profile praise for its welcome by some of the world’s most famous Olympians, the conference is yet another opportunity for the city to get in the limelight, boost its reputation and show its 13,500 guests – and a vast media presence – what it has to offer.”

Baroness Sayeeda Warsi, co-Chairman of the Conservative Party, said:  “We are looking forward to returning to Birmingham for this year’s Autumn Conference – a city which will always hold special memories for us as it hosted our first party event since returning to power two years ago.

“Birmingham proved on that occasion, and also back in 2008, that it is an outstanding location for political events, with the ICC and Symphony Hall providing an excellent backdrop and the city’s accommodation, leisure facilities and transport infrastructure performing to a consistently high standard for our delegates.”

Paul Thandi, Chief Executive, NEC Group, said: “The ICC is proud to be continuing its association with political party conferences of national significance at this time with our challenged economy.  The conference provides with us with further valuable opportunity to showcase both our venue and the city to a national and international audience.

“Party delegates have been impressed in recent years, not only by our accessible, central location, but also the friendly welcome and hard work of our experienced team and we are looking forward to maintaining that reputation by delivering another seamless event this autumn.”

The ICC will be closed to the general public from Thursday 4th October, reopening on Thursday 11th October.

Broad Street and Brindleyplace will remain open for business as usual, with some traffic restrictions in place.  A public information letter will be distributed to local residents and businesses to communicate all restrictions that will be in place.  It will also be made available on www.conservativesinbirmingham2012.com

For more information about the conference, visit the dedicated website which has been set up to provide party delegates and media with details of the city’s policy agenda, leisure offering, as well as travel advice and exclusive discount vouchers: www.conservativesinbirmingham2012.com

Marketing Birmingham will be tweeting from the event with the Twitter handle @TeamBham.
You can also follow conference activity through the hashtag #CPC12.