Birmingham may forever be denied the chance to host an Olympic Games, but, says Steve Beauchampé, it could stage the Commonwealth Games. 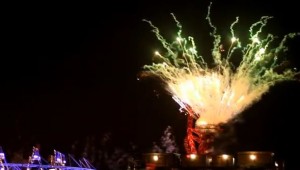 The show is over, and what a show it was! Yet however magnificent London 2012 was, the Olympic Games are highly unlikely to return to Britain for many decades, and when they finally do no doubt it will once again be London that hosts them.

But while our region may never get to stage the planet’s greatest sporting and cultural event, there is no reason why it should not bid to host the Commonwealth Games, as Manchester did to such effect in 2002 and as Glasgow will be doing in 2014.

Billed as the world’s third largest multi-sport event (after the Olympics and the Asian Games), the Commonwealth Games take place every four years. They involve over 70 countries and have grown considerably in recent times, with around 7,000 athletes expected to gather in Scotland, almost double the number present in Manchester. The event lasts for 11 days with host cities selecting up to 17 sports from a list of 21 (including two multi-disciplinary sports). Some of these are termed ‘core’, such as athletics, boxing, hockey, lawn bowls and swimming. Others, including archery, gymnastics, rowing and tennis are ‘optional’, their inclusion determined by the host city, perhaps incorporated for their domestic popularity or medal winning potential.

Prospective hosts first need domestic backing (in England this is from Commonwealth Games England), and are then chosen by a vote of Commonwealth nations at the General Assembly of the Commonwealth Games Federation (CGF). Prior to the Games comes their version of the Olympic Torch, the Queen’s (or possibly King’s) Baton Relay, in which athletes carry a baton containing a message from the monarch from Buckingham Palace to the opening ceremony.

Following Glasgow, in 2018 the Commonwealth Games will be held on Australia’s Gold Coast, with the decision on a location for 2022 set to be made by the CGF in 2015. Edmonton in Canada (hosts in 1978) has already expressed interest, but a bid from the developing world may be favoured, following comments by CGF chief Prince Tunku Imran that he would like to see the Games taken to new territories. If so, then Hambantota in Sri Lanka may be a favourite, although Birmingham should not rule out offering itself as a candidate. Unlike in the Olympics, the four ‘home’ countries that make up the United Kingdom compete separately as England, Scotland, Wales and Northern Ireland. The first Games were held in Hamilton, Canada in 1930, and England has been host nation only twice, London in 1934 (when the event was still known as the British Empire Games) and Manchester ten years ago.

Birmingham has considered bidding before, and in fact spurned the chance to bid for the 2002 Games. Manchester’s successful staging has undoubtedly played a considerable rôle in boosting the city’s profile, through both the physical legacy of regeneration and the host of international standard sports facilities the city built.

Birmingham’s credentials as a potential host city are strong. Its track record of staging major international sporting events is good and the infrastructure of a modern 21st century city and region is largely in place, The city’s ethnically diverse population, made up not least from Commonwealth and former Commonwealth countries (all of which are eligible to send a team to the Games), and it’s central location within England, are also strong cards.

Yet any bid will require cross-party political support and the backing of the sporting community both within Birmingham and across the West Midlands. The full commitment of central government is also crucial, and would include something akin to the levels of outside financial support enjoyed by both Manchester and Glasgow. This may be possible, given that other than the 2017 World Athletics Championships (in London), there are no further global sporting occasions on the Britain’s horizon, meaning that resources may be more readily available to inspire the generation after the one London 2012 has just inspired.

Having toyed with staging the Commonwealth Games on and off since the early 1970s, it is time for Birmingham’s civic and sporting leadership to garner the necessary local support and start planning for a serious bid. 2026 (or perhaps 2022) may seem a long time off, but if we don’t forge ahead then another English city almost certainly will.