Here’s some releases you won’t find at your local multiplex. 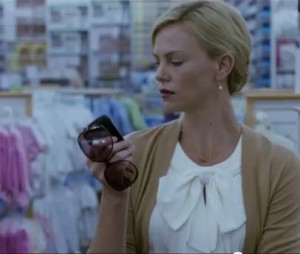 Warwick Arts Centre have announced their film programme for spring. Featuring exciting and intelligent cinema from around the world, they will be screening a wide of films, from thrillers to period pieces and thought-provoking foreign imports.

The powerful financial thriller Margin Call, Oscar-nominated for a biting, prescient script, is a fictional take on the biggest story of the last decade. JC Chandor’s debut takes the trauma witnessed by Wall Street over the past few years and compresses it into one long dark night of the soul for a group of traders on the edge of financial calamity. Kevin Spacey, Stanley Tucci, Demi Moore, and Jeremy Irons star.

At the other end of the spectrum, a chilling tale of innocence lost underpins Martha Marcy May Marlene. Elizabeth Olsen stars as the young woman who flees from a seemingly idyllic cult and back into her sister’s life. It is only once she is free that the trauma of what she has experienced begins to manifest itself.

A real-life woman is profiled in The Lady from French director Luc Besson. Michelle Yeoh plays Aung San Suu Kyi, the Burmese politician kept under house arrest for 15 years between 1989 and 2010. This story focuses as much on her political struggle for democracy as it does on her role as a mother and wife, separated from her husband and children.

Madonna’s debut feature as director also takes its cue from recent history, with a look at the relationship between Wallis Simpson and King Edward, W.E.

Another controversial figure from the early 20th century is held up for scrutiny in Clint Eastwood’s new movie J. Edgar, based on the life of the founder of the FBI and starring Leonardo DiCaprio and Judi Dench.

Warwick Arts Centre regulars Declan Donnellan and Nick Ormerod, joint Artistic Directors of the theatre company Cheek by Jowl, are also making their film debuts. Bel Ami features man of the moment Robert Pattinson in the role of George Duroy, a young soldier who seduces his way through 19th century Paris and the hearts of three women (Uma Thurman, Kristin Scott Thomas and Cristina Ricci) in his quest for money and power.

A further example of theatre crossing over into the world of cinema is The Gospel of Us, the film version of the celebrated Passion Play staged in Port Talbot over Easter 2011. Michael Sheen stars as the Teacher, a figure who stands opposed to a mysterious corporation that threatens to corrupt the town and its inhabitants.

Another impressive ensemble cast populates Best Exotic Marigold Hotel, from director John Madden. Judi Dench, Bill Nighy, Maggie Smith and Tom Wilkinson travel to India in search of an enlightened retirement, but find that the brochure for their hotel has been somewhat misleading. There will also be a post-screening Q+A with writer Deborah Moggach, on whose novel the film is based.

From international cinema there will be a selection of the best new films from India, France, Argentina and Norway. Les Adoptés is the directorial debut from French actress Mélanie Laurent, (Beginners, Inglourious Basterds), which explores the changing relationships between friends and lovers when life intervenes. Trishna is an adaptation of Tess of the D’Urbervilles set in modern day India, and starring Freida Pinto (Slumdog Millionaire). There’s Carancho from Argentina, about a lawyer and the corrupt organisation he serves, as well as Headhunters from Norway, an adaptation of the Jo Nesbo novel.