New adult tap dancing group, Kate’s Tap Class are ecstatic to have completed their first project – dancing to raise money for Children In Need. The beginners class, from Oldbury, West Midlands joined forces with Dizzy Dancers School of Dance and between them have raised over £350 for the charity. 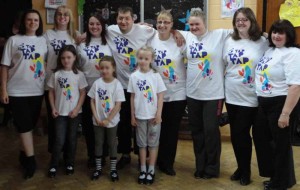 Tapathon - all of the participants

The event, a Nationwide Tapathon, was run by The Performers Project and  took place at 12.30pm on Sunday 16th October. The two Midlands-based schools performed the 11 minute long routine at Calthorpe School in Highgate, Birmingham. The dance was also a World Record attempt for the most dancers, tapping the same routine, at the same time in multiple venues. 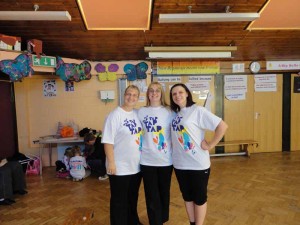 Kate Whitewood, teacher of the Oldbury class and organiser of the event says ‘We had a fab time taking part in the Tapathon. Most of the participants are beginners and the ages ranged from 6 to 60. We began learning the routine in August and everyone did really well on the day. The dance was performed 4 times through and lasted just over 11 minutes. All involved danced wonderfully and we all feel very proud to have taken part in such a cause’ 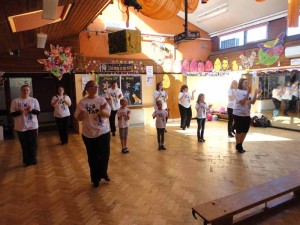 It is not yet known if the World Record has been beaten, but lots of cash has been raised for Children In Need. Anyone wishing to donate can still do so by visiting www.justgiving.com/kate-whitewood, where the money goes straight to the Children In Need charity.

For more information contact Kate on 07977953501 or visit www.katestapclass.weebly.com or