Friday sees the Animals & Friends in town. Featuring original member John Steel on drums and Micky Gallagher, organist with the band for many of their glory years, the Animals are still one of the biggest attractions on the live circuit, with an act that belies their not-so-tender years and all temptations to slip into cabaret mode firmly resisted. 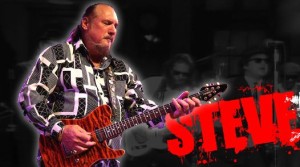 For this tour their ‘friends’ are Steve Cropper, guitarist, songwriter, producer, arranger, actor, legend. He wrote and played on much of the Stax back catalogue for the likes of Otis Redding, Wilson Pickett and Albert King. He was a quarter of Booker T & the MGs. He formed the Blues Brothers and starred in their TV shows and films. And when he’s fancied doing some solo work he’s called over the years on such names as Eric Clapton, George Harrison and Steve Wonder. If you’re a blues and soul fan, this will be unmissable. Tickets £20.