Monday sees an amateur boxing show, where hopefully the stars of tomorrow will be on show. Tickets £10. 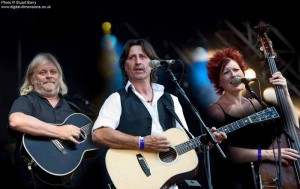 On Wednesday, one of the finest folk roots bands in the country will be performing. Show of Hands have sold out at the Royal Albert Hall, after appearing with distinction at festivals ranging from Glastonbury to WOMAD and were voted best duo in the 2010 Radio 2 Folk Awards. Their style defies description, but contains elements of rock, blues, country, Cajun and traditional folk, played out on an array of instruments.  Tickets £16

On Saturday The Urban Voodoo Machine are at the Assembly. Self-styled bourbon-soaked, gypsy blues bop’n’strollers, they received a nomination for best new band in the 2011 Classic Rock awards and their new album – In Black’n’Red – adds to a reputation honed at festivals and on tour throughout Europe.  Tickets £11.50.