Music and laughter at the Bridgehouse Theatre.

The Big Local Night Out brings together local talent, alongside guest artists from the top of the UK’s performing arts scene. 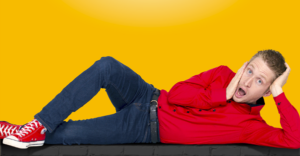 Hosted by comedy magician Tom Elliott, who has been described by Miranda Hart as “Such fun,” this unique series of events welcomes a range of artists from West End performers to the support acts of big-name tours and rising stars of the swing, jazz and gospel music industries

In addition, award-winning local singer Sarah Teibo will be headling. Her debut album earned her a MOBO nomination and multiple awards including the prestigious Premier Gospel Awards Album of the Year. She has worked with Grammy Award winning gospel singer Fred Hammond amongst others and her third studio album Restored is currently making waves on the US Billboard charts.

With variety at it’s core, The Big Local Night Out will have you laughing, singing, clapping and cheering. It’s a night for local people, with local people involved and is sure to be an all-round feel-good event!