Birmingham’s Dig Brew Co brewery is remaining faithful to its ethos and quirkiness with its plans for the Platinum Jubilee weekend, June 1st-4th.

The brewery on River Street in Digbeth will not only offer beers from its taproom and pizzas from its Dough kitchen throughout extended opening hours, but also raise money for RSVP, a local charity that supports people across Birmingham and Solihull who have been subjected to sexual violence and abuse.

The new Big Kid ice cream van offering delicious experimental flavours will also return by popular demand. There will also be a live appearance on the Wednesday evening by accomplished young Birmingham soprano Rose Johnson, who will perform a set of songs, with recorded music played on other evenings. 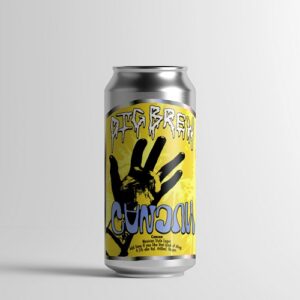 Oliver Webb, Owner of Dig Brew Co, which is known for its quirky cartoon horror and sci-fi branding, said: “We are looking to welcome as many people as possible to the brewery and taproom over the Jubilee weekend, but we are also conscious of a social responsibility to support deserving causes that need help.

“That is why we will donate to RSVP a percentage of the proceeds from the weekend on a product-by-product basis – maximising donations in areas we can best afford to – to support the charity in their important work.”

He added: “We constantly strive to ensure that Dig Brew Co remains a safe venue in which to work and visit, which is why our team decided that the Jubilee celebrations would provide the perfect opportunity to approach RSVP as a new partner – and we hope the relationship will grow in time.”

Sophie Fletcher, Community Fund Raiser for RSVP, commented: “We are delighted that Dig Brew have decided to fundraise for RSVP. It is vital that children and adults subjected to sexual violence and abuse are heard, believed and supported. We applaud the actions taken by Dig Brew to ensure that they boldly and big-heartedly support survivors throughout this time.”

The website of RSVP (Rape & Sexual Violence Project) is at RSVPorg.co.uk.

Summer has also come early for Dig Brew Co with the launch of its previously bottled Mexican lager, Cancun, in cans using its new in-house canning and labelling equipment. Made with maize and hopped solely with Motueka, the core beer is designed to be drunk ice-cold as a refreshing summer drink.

Dig Brew Co was established in 2017 and brews and distributes a constantly changing range of seasonal lagers, stouts, sours and pale ales. Dig Brew beers are currently listed in hundreds of pubs, bars and off licenses across the UK and internationally. Its taproom is normally open on Fridays from 5pm-11pm and on Saturdays from 12pm-11pm. The website is at digbrewco.com.