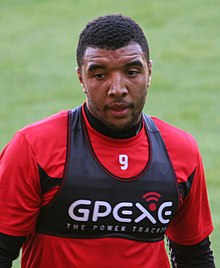 true for him from his comments in the press. Anyway, to put it in context, if Ronaldo at 36 is a great signing for Manchester United then the 36 year-old Troy is a mere babe in arms.

There may be a question on how he fits in with a similar-sized Juke, but who cares given both his goalscoring attributes and just as importantly, his motivational skills? In well over fifty years of watching professional football, I’ve learned that enjoyment comes most from watching players whose personality and characters overlay their skills. Troy definitely falls into that category.

With Lee Bowyer and Deeney at the centre of things off and on the field respectively, there’s a feeling amongst supporters that we’ve reclaimed our club and, to be honest, if the actual owners were Martians (which they might as well be) we’re almost past caring about that aspect.

Reasons to be cheerful…