Andy Munro wonders what exactly the Old Trafford protestors have got to complain about.

Yet again a large element of Manchester United supporters have showed their hooligan side, although to give them some credit at least they managed to find their way around Manchester, given that precious few of them live there. 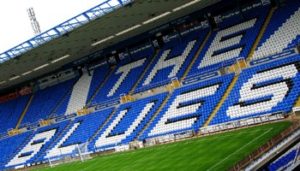 However, perhaps these hard done to fans who will be watching their team play in the Champions League yet again next season need to stop and think. At least least know who owns their club and also that there would be a line of suitors to buy them if they were put up for sale.

Contrast that with the situation at St Andrews, where us Blues supporters don’t know who the real owners are, have a CEO who makes King Canute look a sound judge and are struggling with a debt which leaves us on the edge of insolvency while facing a hefty rebuilding bill just to make the ground safe enough to admit paying customers. All in all, we’re about as attractive a prospect as taking out a long-term lease on a high street shop during COVID.

Some people don’t know when to count their blessings!