Villa draw 1-1 at Newcastle as Dave Woodhall looks to the future.

Sky executives used to talk about Black Mondays when they were forced to show games such as Wigan v Fulham, two nondescript teams playing out ninety minutes of tedium in a ground that was three-quarters empty while commentators spent a couple of hours trying to convince a sceptical public that they were watching the best league in the world.

It’s not just Mondays now. On paper you’d have had a hard job selling Villa’s Friday evening trip to Newcastle. A side struggling to stay out of the bottom three and managed by a manager best described as old school were hosting one who are out of form, out of sorts and seem to be killing time until the triumphant return of Jack Grealish. 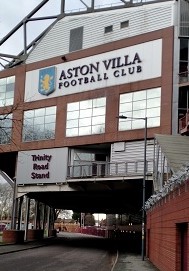 Matty Cash made his return to the squad, albeit on the bench, with Jacob Ramsey back in the side. Morgan Sanson may have thought himself unlucky to have been dropped, but then again he wouldn’t have taken long to see that he was probably better off out of a night like this, and a match like this, for most of the ninety minutes. There was little in the way of chances at either end, and as is usually the case, when the home side threatened Villa’s defence coped with ease.

As for Villa’s attacking intent, a wet Friday night in Newcastle would usually be the place to see whether a player fancies it, but the trouble is that at the moment not enough Villa players are up to the standards they’ve sent themselves, whether they fancy it or not. The only incident of note in the first half was Bertrand Traore going off and the half-time whistle came as a relief to all. Any hope that the game might improve after the break, though, soon faded. Sanson coming on added a bit of urgency, which was more than the arrival of Ross Barkley did. The game was drifting to a goalless draw when one thing that Dean Smith has instilled into the side this season came into play.

Four minutes to go and Villa go looking for a winner. The cross comes over and Ollie Watkins, who had otherwise had a quiet game, put in a header that wasn’t exactly unstoppable until it got into the way of Ciaran Clark. A goal up, five to go and with the Villa defence so dominant it should have been three welcome if undeserved points.

Unfortunately, that attacking mentality which has served Villa well proved our undoing. Newcastle broke quickly, another cross and another header that not even the combined genius of Ezri Konsa and Emiliano Martinez could keep out. And so it was that the game ended in a draw, which didn’t really do either side’s prospects for the rest of the season much good but might have kept Steve Bruce in a job.

It’s always frustrating to concede so late on, although Villa have got two winners this season in such circumstances so we’re still up on the deal. Games like this are now going to show which players are capable of the next step and the boss might have a better idea now than he did at eight o’clock. A full-strength, on-form Villa side are capable of beating anyone. That next step includes making sure that we can absorb injuries and loss of form a lot better than has been seen lately.

4 thoughts on “Aston Villa and the next step”