Sir Howard Elston, our sporting correspondent, reports trackside on the loopyloop world of the Tokyo Olympics. 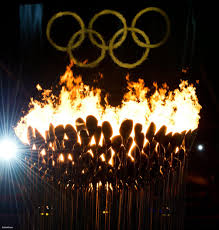 Tokyo Olympics boss Yoshiro Mori has quit because he made boneheaded remarks saying women colleagues talk too much and are riven by rivalries. Silly man….

Here are the bigtime glitzy events that will be hit hard:

Downhill (all the way) skiing: See you at the bottom, Yoshi

Hop, Skip and Jump: Exactly what Mori did before he was pushed

Final Ceremony: The boss picks up his unemployment cheque

Sir Howard Elston, the greatest with the latest, covers all sports worldwide as long as it’s on cash only expenses.