At a celebrity-filled Capital Hill venue, attended by Kanye West, Jared Kushner and a bunch of crooks he pardoned, the prez took top prize in the poll. Judges pointed to his “…unerring ability to lie and cheat and deceive and keep readership numbers up, advertising rates high, TV viewing buoyant and social media platforms alive…”

“His achievements in the past thirteen months of the calendar year show he is the man most of us admire,” said panel judge, Kenshaw Mountain Landis. Other top panellists were gleaned from senior golfers at The Camp David 18 hole Donald Trump Leisure Centre and Massage Parlour in downtown Bristow, Virginia.

“We don’t like the bastard. But he sells news,” a senior media boss told the glitzy audience of dubious businessmen, lizard-eyed rednecks and twelve year old zombies who don’t know how to read and chew gum at the same time. 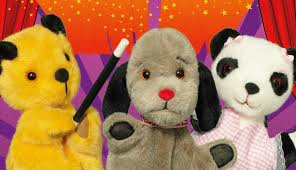 Top reasons why The Don grabbed the accolade include:

President Trump, who is to be crowbarred out of The White House by January 20th, will take away as his main prize a Golden Getaway Dream Holiday at the Costa Va-va-voom Country Club which one of his bankrupt offshore Cayman island shell companies (Stormy D’s Investment Inc) runs to raise funds for the Donald J. Trump Charity for Sick Kids with its main headquarters in the basement of a Ramada Inn on the outskirts of Putinville, Russia

Last night a Kremlin spokesthing said: “Let us make this completely clear. Comrade Trump is not and never has been a card carrying…..” (continued p37)

2 thoughts on “Trump wins Peoples’ Person of the Year Award”