The long-established Screen and Film School is opening a new state-of-the-art campus in Birmingham next September 2021.

Screen and Film School is sponsoring Birmingham Film Festival 2020, which will take place this Saturday 21st November in the form of an online Awards Gala.

To support local filmmakers, SFS is sponsoring the Best Screenplay and Best First Time Filmmaker awards, offering a £500 prize fund to each of the award winners to continue to support them with their journey to a successful and sustainable career in film. 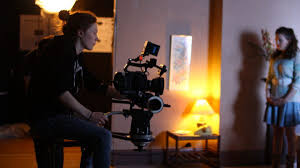 The CEO of Birmingham Film Festival, Dean Williams, said, “I’m really looking forward to working alongside Screen and Film School; it’s a great fit as we share the same core values in helping up and coming filmmakers with a gateway to industry and providing them opportunities and a platform to realise their dreams in a very exciting industry.”

Screen and Film School Executive Principal, Dara Kilkenny said: “We’re delighted to be partnered with the Birmingham Film Festival to celebrate filmmakers from a diverse range of communities and backgrounds internationally. Knowing that we have a hand in the filmmakers of tomorrow is what drives us, and we can’t wait to welcome our first intake of aspiring filmmakers next September in Birmingham to work with the film festival as well.”

Also happening on the same day (Saturday 21st November) will be the first virtual Open Day for Screen and Film School Birmingham. This will take place on Zoom 12:30  14:30. Guest, Dean Williams will be a guest offering a unique insight into how film festivals run, top tips for submitting films and why the film industry in Birmingham is thriving.

Dara Kilkenny added, “Following the success of our locations in Brighton and Manchester we’re continuing to expand our offer to budding talent with a passion for cinema in the creative centre that is Birmingham.”

“Our new state-of-the-art Birmingham facility will offer the very best training for those wishing to enter into the world of film and television, and the rich and vibrant city of Birmingham, with its strong history of culture, film and art, seemed the perfect location. Knowing that we have a hand in the digital media of tomorrow is what drives us, and we can’t wait to welcome our first intake of fledgeling filmmakers next September.”