The Serious Fraud Office is conducting a civil recovery investigation into the substantial criminal proceeds of the Birmingham-born brothers Saghir and Nisar Afzal.

In September 2020, the SFO used a listed asset order for the first time to secure a forfeiture order on £500,000 worth of jewellery and listed assets originally seized by the SFO from Shabana Kausar’s safe deposit box. Ms Kausar is the former partner of career criminal Nisar Afzal, but is judicially separated from him. 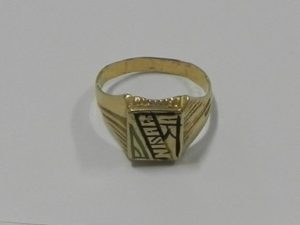 under the suspicion that it represented the proceeds of crime and was granted permission by Westminster Magistrates’ Court to confiscate the seized assets. The forfeiture order was secured with Ms Kausar’s consent.

Liz Baker, Head of the Proceeds of Crime and International Assistance Division, said: “This case reinforces our determination to use every tool available to us to prevent those who would bribe, cheat and steal from resting easily on their illicit gains.”

A listed asset order is a new tool in the Criminal Finances Act 2017 which allows law enforcement to seize, detain and subsequently forfeit ‘listed assets’ which are believed to represent the proceeds of crime or intended to be used for criminal purposes. Listed assets can be precious metals and stones, watches, artworks, face-value vouchers or postage stamps.

This followed the SFO’s use of an account freezing and forfeiture order to seize, in March 2019, £1.52 million from the sale of two Birmingham properties bought by Nisar Afzal with the proceeds of his crimes. The seizure was one of the largest of its kind in the UK and represented the SFO’s first use of an account freezing order, another new tool introduced in the Criminal Finances Act 2017. The SFO also made use of existing cash forfeiture powers to recover in excess of £167,000 from the Afzals and their associates.

The civil recovery investigation continues, and a warrant remains for Nisar Afzal’s arrest.