Rail passengers in the West Midlands are being urged to plan their journeys carefully ahead of major engineering works over the August Bank Holiday weekend.

Network Rail is undertaking an extensive programme of maintenance to improve the reliability of railway infrastructure such as tracks and signals from Saturday 29th August – Monday 31st August. 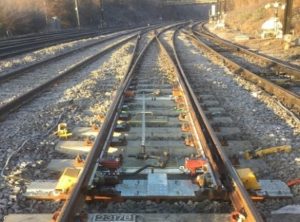 Jonny Wiseman, customer experience director for West Midlands Railway, said: “Network Rail is undertaking a major programme of work and we are urging our customers travelling over the August Bank Holiday weekend to plan their journeys carefully and consider alternative routes.

“Passengers should also remember that face coverings remain mandatory when using public transport, unless exempt on medical grounds, and should be worn on board the train.”