Dave Woodhall talks to Andrez Harriott, of r’n’b band Damage and founder of The Liminality Group.

Tell us about the work you’re doing now.

“TLG, The Liminality Group was started in 2011. I worked in a youth offenders unit, then after Damage I became a criminologist and spent nearly ten years working in a London borough. Children had been convicted of very serious offences and when they were released from custody we were attempting to reduce the rate of re-offending.

“I started The Liminality Group to work specifically with disadvantaged and vulnerable children. Children who are vulnerable at school have a high risk of going on to being involved in criminality and we are also working in custodial institutions to prevent children from coming home and re-offending. We do that by offering offender behaviour programmes, training for prison staff and governors and access to employment for children returning from custody.

“When I first got into this I didn’t know how much I was going to feel but once you start working with children you realise that their behaviour is just one part of the story. There are bigger systemic issues, it’s like David going up against Goliath but we do as much as we can to try to support them.”

Even now people don’t understand why things happen in certain ways and how situations can develop.

“I think a lot of people don’t want to understand, it’s easier to suppress someone who has a problem rather than engage with them. In highly deprived areas they don’t do something about it because they can’t. They’re in an an environment that’s not good, when they go to school academic achievements are difficult, their aspirations are quite low. We also have to realise that sometimes, a decision that’s out of your hands can have such an impact. We work with children who maybe didn’t get the right bus one day and ended up with fifteen years in jail.”

Moving on to music, and Damage have just been doing the Boys Are Back tour, which ended earlier than you expected. 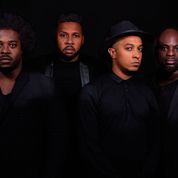 “It started in February, fortunately before the lockdown. Damage, A1, 911 and 5ive, we were able to get out and do some dates, the response was phenomenal and I think it was in a really interesting way because nobody expected such a good show. I think the audiences are ready to see it again next year.”

You were combining the tour with work in schools.

“We always work within schools in the communities. We know there’s a correlation between school exclusion and criminality. It was no brainer for me while we were on the road around the UK to go into schools and talk to children. It’s part of TLG going into schools and sharing some of the stories of children in custody who we work with. We’re talking to children who are fourteen, fifteen, sometimes as young as twelve, the age of criminal responsibility in the UK is ten so we have to be aware that we can be working with children who have been involved in something that’s got out of hand very quickly. We travel around to schools giving out this message.”

It must have been strange, touring at the time that the pandemic was coming.

“I don’t think all the bands, the crews, or anyone else really, took the pandemic as seriously as we should have. Directions from government weren’t clear, we were touring until days before lockdown started and there was no touching of hands, backstage became quite locked down, we did three or four days before we called the tour off. I think the last date was in Cambridge and it was at that point that it was unsafe for us to bring so many people into one space. We could keep backstage relatively safe, but how do you keep thousands of people safe? We knocked it on the head and I think that was the right decision.

“Thankfully nobody working on the tour was affected and we haven’t had any reports of audience members having problems as a result of it. We were all very fortunate.”

It must be difficult to do your sort of community work when you can’t meet anyone face to face.

“We can’t get into schools and talk face to face. Like most organisations we are wondering what we can do at this time to continue our work. We’re going virtual, we’re using online platforms and many other ways. We can still mentor children who are at home, through online and telephone mentoring. Our work has been impacted, but that’s true throughout all industries, which is why we’re doing all we can in this situation.”

Your work is a bit more important than most, though.

“I think so, but at the same tine we’re doing what we can with the resources we have, and we’re trying to safely work with children.”

The government is spending so much money fighting fires at the moment. The money they’re using is going to have to be found from somewhere, and that’s very likely going to lead to more cuts and job losses.

“Post-the crash in 2008 we experienced tens of millions of pounds being taken away from local councils and that’s really shaped the landscape we have now in terms of children offending and what we have now. I’m hoping that moving forward, with 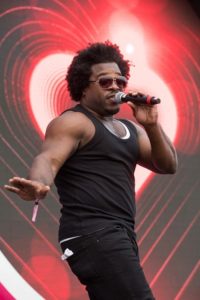 the money that’s being spent, and billions will be spent on the furlough scheme alone, I’m hoping we will be very careful not to make more cuts so that the impact in twenty years time won’t be more severe. As an organisation we’re preparing for that. We know that we’ll have to pay this money back in some way but services for elderly and care homes, for vulnerable adults, children,, those type of services should never, ever be subject to the kind of cuts we’ve experienced.

“There’s a relationship between the private sector and the public that has to be established. There are some very wealthy individuals and organisations in the world, and instead of expecting governments we need to start asking what they can do to help. It’s time to work with people. even tiny donations can make a significant difference.”

It doesn’t have to be money. If you can’t afford money you can often afford to donate time.

“Again, what we do annually, the children we work with in schools in a targeted way during term time, but during non-term time we have partners who allow them to do work experience. We’ve partnered with the Russell Group universities that allow children from disadvantaged backgrounds to spend a day at Oxford or Cambridge and raise their aspirations. You’re absolutely right – money isn’t the be all and end all. Sometimes your company can offer work experience, it can be sorting a car for a single mother with three kids who can’t use the bus easily. It doesn’t have to be money.”

Do you know what’s happening with the tour?

“We have ten days left scheduled for February. I think there will be more dates because the bands and the audiences have said they want to see it again. We’ll do the ten dates but it’ll be fantastic if we get inundated with requests for more. TLG will continue as well. That will never stop. Children will always need support, that’s why we have charities that have been established for centuries and in that context our organisation will support them.”

You can find out more about The Liminality Group at tlguk.co.uk