The boss of one of Britain’s busiest entertainment districts today called for the reopening of nightclubs to be allowed by late summer.

Mike Olley, general manager of Westside Business Improvement District, argues that “normality” after COVID-19 will not exist until the nation’s nightclubs hadve reopened to the public.

In a blog published by Westside BID, Mr Olley said that with lockdown restrictions easing, and with many schools, shops and soon bars re-opening, it was time to plan a further boost to the country’s economy.

He explained that operators of late-night venues in his area, such as Pryzm, Rosies and Velvet Music Rooms, were “more than capable” of overcoming obstacles such as the need for social distancing. 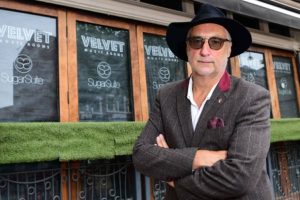 He said: “I see a clear measure of normality revisiting our shores once nightclubs reopen. And driven by the critical dimension of economics they will develop imaginative and safe ways to open.”

Mr Olley did not play down the scale of the impact of the COVID-19 pandemic and said: “To date, more than 40,000 deaths have been attributed to the virus and, perhaps even more depressing, the ‘excess death rate’ for the period is above 60,000. The desperate health condition coronavirus has visited on the UK is horrid.”

However, he pointed out that the UK was also “confronted with an economic catastrophe” unless it acted intelligently to deal with the virus.

He said: “Nightclubs are a bit more demanding in terms of close contact, but then they tend to be a lot larger than pubs. I know many nightclub operators and, believe you me, they are more than capable of overcoming most any obstacles.”

Mr Olley predicted that with a continuing decline in the death rate and number of new cases, the nightlife sector could return to normal in the near future if the government started planning.

He said: “On 4th July many of the pubs in and around Broad Street will be reopening. All will be taking baby-steps to ensure their staff and customers are safe and well.

“A nurse, under current circumstances, is the second most dangerous occupation in the UK. A police officer the 27th. Bar staff are number 292 on the list. It appears if we, as punters, apply a bit of common sense and stay alert, all will be well.”

He added: “So, when will nightclubs reopen? I feel this could well be August, maybe September, with a bit of care and consideration.”