On Saturday 30th May from 12pm, Extinction Rebellion Birmingham will be standing outside the Council House in Victoria Square, asking the Government for a Citizens Assembly to decide our future together during the Covid-19 recovery, a recovery that must prioritise people and planet over profit.

In their Facebook event, the group says, “We are at a turning point in human history. The government is driving a return to ‘normal’ as quickly as possible. But ‘normal’ is killing us. Our government has a choice; prioritise profit OR prioritise health. Bailout destructive industries OR bailout people and the planet. Mass extinction OR mass participation. It’s time to 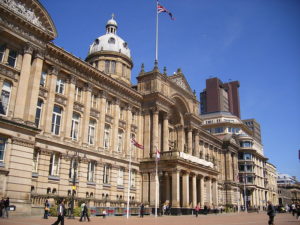 trust the people! As part of coronavirus recovery, we demand a binding Citizens Assembly on how to rebuild our economy, our democracy and our future.”

The protest will be taking place in other areas of the country – including Parliament Square in London – and has been carefully designed so that people are physically distanced at three metres apart, with everyone being asked to wear masks in order to take part and stand silently for one hour. In adherence to current government health and safety guidelines, people will arrive alone or in pairs and are being asked to only attend their local protests by walking or cycling and avoid public transport unless absolutely necessary.

Verel Rodrigues, Extinction Rebellion Birmingham spokesperson, said: “It’s becoming more and more evident each day that the Government isn’t capable of getting us out of the coronavirus mess, or preparing us for future crises. They are more concerned with getting us back to “normal” as rapidly as possible. And the coronavirus has shown us what’s possible when the political will is there. Everything can change. Although there might not be a clear way out of either of these two huge disasters, we know one thing for sure: There can be no going back to the way things were.”

He continued: “As well as exercising our bodies we also exercise our right, under the human rights act, to protest. We protest safely for the future health and safety of our planet and generations of all life. Acting on the Climate and Ecological Emergency is essential and in this case, work we cannot do from home but can carry out safely outdoors, as per government guidance.

As we have recently seen, the government was able to act in a matter of days in response to a crisis threatening the health and wellbeing of our communities. Why then, with a crisis of such enormous magnitude and consequently much greater risk to people, have they done nothing in relation to the continuing work on the HS2 line, despite this decision putting workers at increased risk of catching and spreading COVID-19. Extinction Rebellion Birmingham recognises that the council have made positive steps such as the creation of the Birmingham climate taskforce and launch of the Clean Air Zone but there is still so much more to be done.”

Verel concluded, “Birmingham City Council’s woeful inaction in producing a strategy and action plan is worrying. Whilst we understand and appreciate that Covid 19 has presented some unexpected challenges for the Council we know the Climate Emergency has the potential to present similar, if not bigger problems.”

As public trust in the government lies in turmoil following their handling of the pandemic – and their unwillingness to address the climate and ecological emergency – the protest will highlight the lack of faith people have in their ability to protect people from future crises. As the government begins to ease lockdown and reopen the economy, Extinction Rebellion will stand in defiance of going back to business as usual, saying there can be no going back to the way things were.