Richard Lutz, in isolation, watches the world go by. 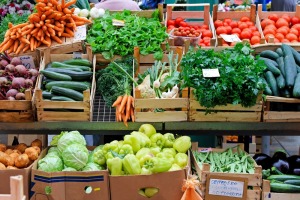 Hot news just off the wires: a head-on crash between The Virus and Brexit.

It goes something like this. After this country voted to leave The EU and ban all those low-skilled people who can’t work in hi tech or money-rich banking, the government is hiring six planeloads of Romanian labourers to come and pick our blessed crops.

Seems like the 17 million people who voted for Brexit don’t have the backbone or roll-up-your-sleeves moxie to help our undermanned farmers. So what do you do? Just hire in a willing army of East Europeans to do the hard graft. Defra, the government arm that oversees agriculture, has now put out a plea for Brits to dig deep and help with feeding the nation. Yeah, right, that’ll happen, just as sure as I’ll turn into a banana that speaks Estonian.

So, in other words, after we’ve left Europe and kicked out those furrinners, we’ll invite (if not beg) planeloads of them back so we can get our peas and carrots out of the ground and into the shops so we can stand six feet apart with bandanas wrapped around our noses.

And speaking of protective masks, I think it’s been three weeks now since the issue has arisen and It seems we are nowhere nearer if and when they should be used. My friend Dave was so taken with a specialist on TV, he tracked him down and asked him some specific questions. Remarkably, global health expert Professor Anthony Costello of The University College London (UCL) responded almost immediately. Thanks, Dr Costello.

In essence, he’s all for them. Here’s most of what he wrote in his email:

“Personally I think masks should be worn by all staff and patients within hospitals. Recent evidence from Nature shows standard masks do reduce droplet and aerosol spread of these viruses.”

“Maybe population mask wearing would speed up the suppression of transmission. And certainly, China and Korea think we’re crazy not to make mask wearing compulsory.”

“I also suspect there are not 70 million masks to go round. And they’re worried that health workers won’t get theirs.”

I wouldn’t be surprised if the policy changes after this whole pandemic business is over….”

His comments come  as London mayor Sadiq Khan calls for compulsory facemask use on public transport. As for the government, Transport Secretary I Graham Shapps said there really have been no outstanding trials on facemask use. It’s expected the government will announce a decision next week.

Shapps said the government backs World Health Organisation guidelines. It says the facemasks  are needed for hospitals and high risk areas, But the WHO advice for the general public says obligatory usage is not needed. It is not recommended because a facemask can be  contaminated by other people sneezing or coughing. There can also be contamination problems with taking on or taking off the mask, the guidelines say.  And, they add, a facemask can give a false sense of security.

5 thoughts on “Life in the time of Corona: Of farming and those facemasks”