Sir Howard Elston, our sanitaryware editor, demands answers about the burning questions of the day. 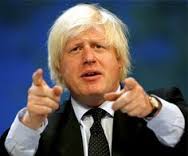 I am sitting beneath a palm tree in downtown Atlantic City enjoying winter sun and a get a panic Instagram from my editorial board asking what the hell I’m doing putting Greek in my headline. I say, It’s Latin which, I have you know, means “Where the hell are we going?” They are stained by ignorance and stumble back to their cocaine habit.

They say I gotta do a nifty 21st century current affairs schtick. I disagree. But I know who pays bail. So here goes:

The UK has left the EU. Today. But not really because all the new laws actually kick in next December. Meanwhile, we ally ourselves with our erstwhile Euro-buddies over Iran because we don’t want to nuke it. The US does want to nuke it, So, we’re playing nice to Teheran.

But not nice enough for the Iranian bosses to free Nazanin Zagheri Radcliffe. She’s in a Teherani slammer hellhole for unknown reasons. Nazanin’s hubby, Richard, won’t give up and has made a career choice to knock on Whitehall’s door every week. But nothing. Nada thing.

Hey, maybe the Americans can help us out in freeing Ms Radcliffe, who’s a British citizen. They’re our pals. And they have a nice touch these days when it comes to diplomacy. And they’re into a fair judicial system that won’t let witnesses into the impeachment trial. But maybe…. they’re not that much of our pals anymore.

That’s because they refuse to give up the motorist who was driving on the wrong side of the road and allegedly killed 19 year old Harry Dunn. She promised to stay in Britain to help out the Northamptonshire cops. But then flew the coop. The Yanks say she has diplomatic immunity because she’s the wife of a spy. Well, whaddaya gonna do, eh?

Maybe DC is holding on to spy wife Ms Sacoolis because Boris has let the Chinese take over 35% of the new 5G comms system. The Americans are furious that Beijing will put its nasty spyware in our wireless set up. And even more furious because they want in to slip in their own stuff to spy on us.

Their message is: “D’ya wanna be spied upon by Red China or Red White and Blue Yanks?” Sadly, the Brits have chosen the Commies whose feudal government actually owns the company that’ll hijack our new wireless system. Otherwise, no problemo. Except for the fact that the only thing the Chinese have successfully exported to Britain so far is killer diseases and undriveable cars.

Overall, on this Big Issue, it sadly seems like the Brit media have missed The Big Question on 5G:

And that question is why UK government after UK goernmenvt didn’t have the political guts or foresight to actually invest in our own communications network so it could be safe and tidy from China and and all those other techy bad boys. The money people say it was a matter of commitment to a longterm mass infrastructure investment. But, as a starter, why didn’t they just dry dock that ludicrous leaky £3 billion white elephant of a Royal Navy aircraft carrier that’ll never be used? 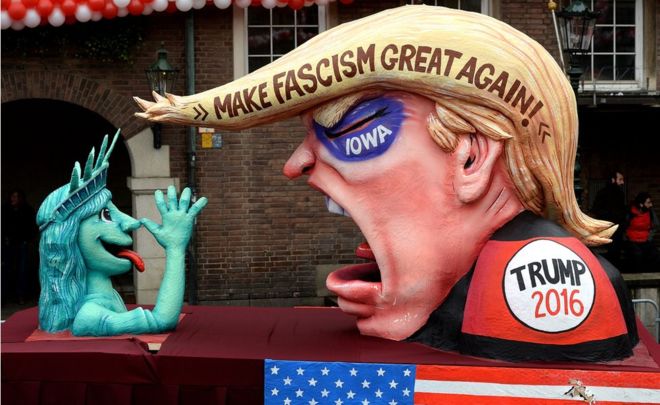 Back to the US, at least the Mid East has been sorted out. Two nations’ leaders dipped their hands in the ink and signed that Mid East peace treaty. Too bad Palestine said no thanks. Trump faces impeachment and Netenyahou faces fraud and bribery charges. Nice guys, just the type you want to handle delicate  international relations.

Meanwhile, back in Blightyland, the Tories finally woke up and said use less cars and more public transport. Try telling that to Manchester and Leeds who have trains that go backwards. The govt is now nationalising this useless trans-Pennine service. But taking back govt control won’t help.The northern England train debacle is hobbled by, you guessed it, cash. But wait. There is dosh for trains.

But it’s for something called the high speed HS2 which will link London and Birmingham by rail at god knows how much.The cost has risen so far from £55 billion to £106 billion in five years. Meanwhile as they inch northwards on the work so London can happily travel to Birmingham, northern commuters will have to spend 86 hours a day to get to their jobs.

Eventually HS2, at whatever cost, will  zoom north to Manchester and Leeds… but by that time we’ll all be dead. And anyway, there’ll be no one left living there because they’ll all be stuck on a train on a Pennine moor with nothing to eat and reprocessed urine to drink.

Maybe we should not only drop the aircraft carrier, but up the stakes and cash in the whole £38 billion annual military budget since there’s no wars to fight because they sacked all the soldiers.