Richard Lutz treks through the changes of winter. 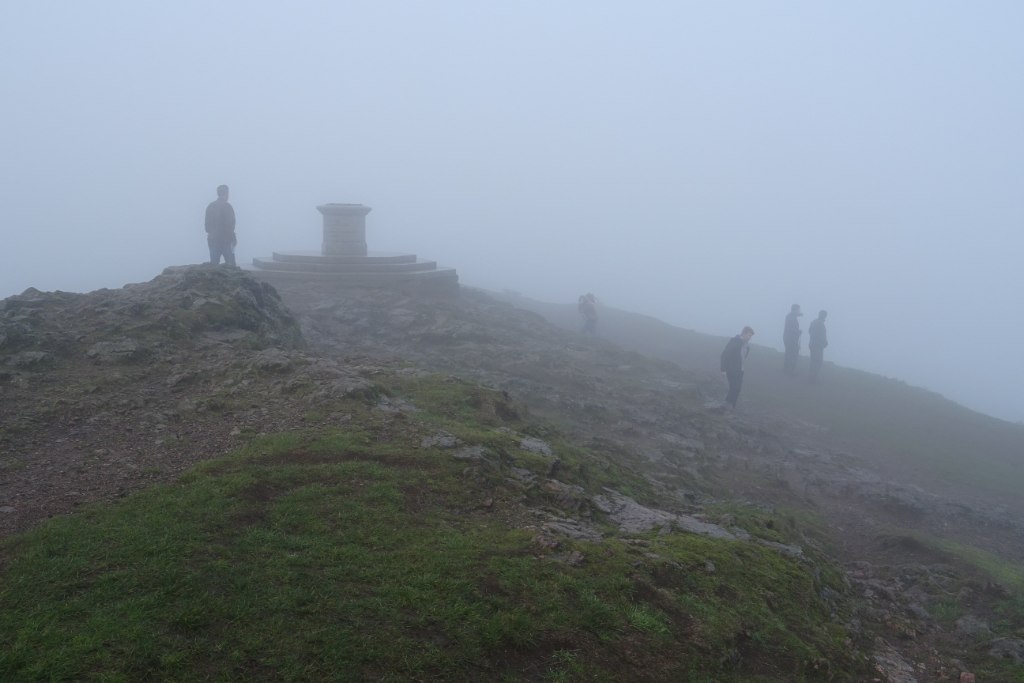 Winter delivers an armful of weather. None comes as eerie, as spooky, as weird as mist on a hill. Sound bounces off an invisible land; ghostly apparitions come and go – they must be other people…maybe; and, once in a while, you return to Earth if the grey curtain rises for a second or two. Mostly you are alone.

On this day of murk, we traversed the Malvern ridge one way and then back again. And it carried us through as the day turned from translucent light to what the Scots bluntly describe as dreich.

I was the back walker, a regular slot for me as I amble and don’t stride. The figures in front appeared, disappeared and appeared again, like those above on Worcestershire Beacon, one of the Malverns’ highest peaks. They were ghosts in the gloom. The dreichness surrounded us, cut us off from the valleys. The noise of traffic, of a train, of voices are caught swirling in the dark air that came and went.

Sometimes the mist would clear as we’d look west to Wales or east to the northern rim of the Cotswolds. When it lifted, it unveiled and and then veiled again a floating world below us. 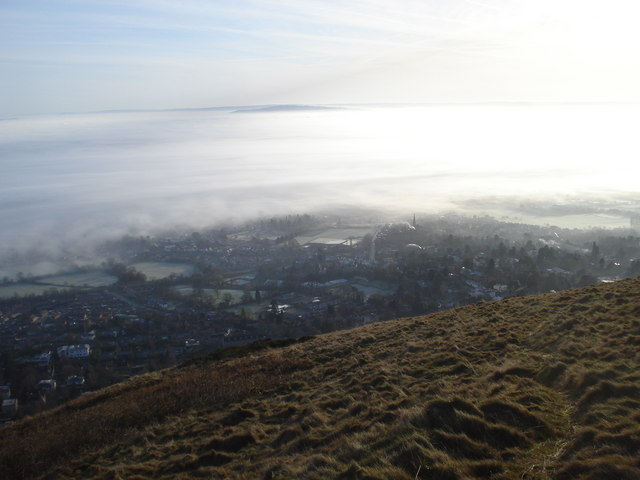 Towards the end of  the walk, a curtain of winter rain slapped into us. It was venomous as if the onslaught had our names written on the wet wind. Then the rain would stop and mist would descend again, heavy and blanketing  and we couldn’t see anything except, once more, the grey mist of the Malverns. Then, for a few minutes, the weather actually cleared, and the rolling  ridge of the Malverns appeared behind us: 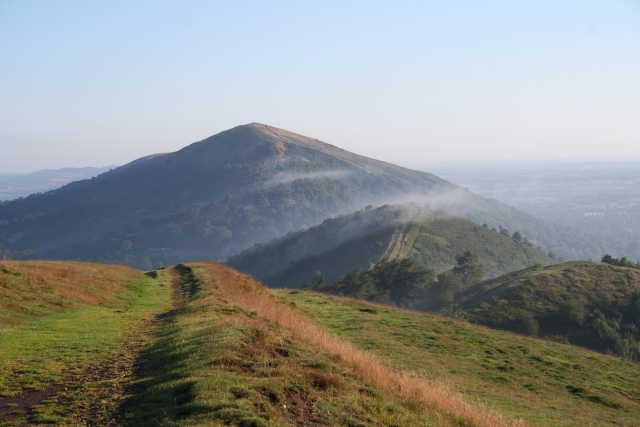 Then the gloom would descend again. The day  was as good as over.

A week later and winter breathed fresh, unfilled and cold. We walked in the neighbouring Abberley Hills. At 1000 feet, it is still heavily wooded with oak, ash, birch and beech. It was clothed in bare branches and thick trunks, so unlike the Malverns with their fields and grasslands and bare ridge. And, also unlike the Malverns, the Abberleys were muddy as tracks wound through the sleeping woods. 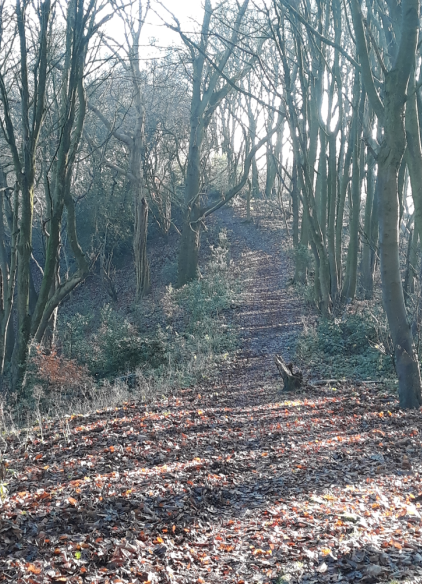 No mist today though. It was all hard winter sun – but low on the horizon to stun your eyes. And since the ridge snakes this way and that- unlike the straight as an arrow Malverns- that sun seemed to continue to blind you as you turned with the escarpment.

We headed north when the ridge dumped us at an old quarry. We  crossed green fields and made our muddy way back to the Abberley hamlet with its quiet ruined old church which nestles next to the village  pub. 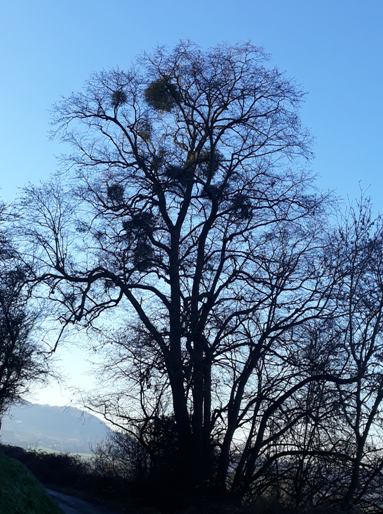 Winter light was fading. This part of Worcestershire, this part of England in fact, is famous for its mistletoe (as above). It sits in clumps high up in trees. It’s not as pretty as it sounds. It’s a parasitic plant that sucks water and minerals out of host hardwoods. But at Christmas, just about now, as it clings to big trees and grows its roots into branches,  it has its uses, a kiss here and a kiss there. But don’t swallow any mistletoe. It contains poisons.

Photos by Philip Halling and Billpix