On Sunday 1st December local band The Space will drop their brand-new single to all major online streaming platforms including: Spotify, Amazon Music and Apple Music.

Frontman Jack Crutchley says: “We’re very excited to share this new song with our fans as it’s our heaviest one yet. Our inspiration for this track was drawn from our love of early UK indie rock but our modern 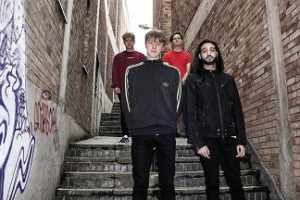 approach to song writing means we’ve put our own stamp on that sound”.

Their new track was recorded in Base Studios, Stourbridge and produced by Simon Henley; who also worked on their previous two singles. With backing from Kidderminster organisation MAS Records (whose patrons are Robert Plant and Ricky Wilson) they plan to record more music in the coming months in preparation of their big plans for 2020.

Following the release shall be one of their biggest shows to date, headlining premier Birmingham indie venue‘The Sunflower Lounge’ It takes place on December 5th beginning at 7:30pm with support from local acts. Tickets