Richard Lutz points the finger of blame at you-know-who. 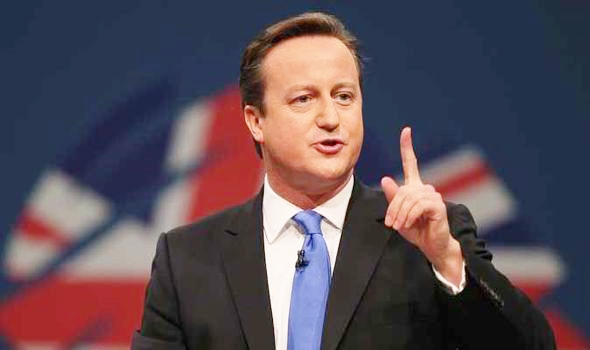 David Cameron, ex-PM of Britain who engineered the origins of this whole Brexit fiasco, has just published his memoirs, pointing the blame at everything that moves on this planet except the public school toff that he sees in the mirror each morning.

Yes, he sneers at current Prime Minister Boris Johnson for creating a Brexit campaign to help his own buffoonish career. Yes, he maligns court lackey Michael Gove for resembling a “foam-flecked Faragist”. But it is David Cameron who deserves the bottom line blame. Not his erstwhile buddies in the Tory party

Let’s take a look back at the hard-edged Etonian hubris that crafted a rush to referendum. When he came to power, Cameron and his junior partner George Osborne said thay a trio of people’s votes would push Britain forward. First, there was a referendum for proportional representation to shut up the party’s junior coalition partner, the Lib Dems. They knew it would fail and that would reflect the self serving interests of the sitting House of Commons. Cameron was right. The PR vote failed.

Then came the Scottish independence referendum. It failed too. Just as the House felt.

But then came the Brexit vote and here all went south. It didn’t reflect Parliament. Britain voted to leave. This did not reflect how a majority of MPs felt. It caused an unsolvable clash between individual democratic measures and representational democracy that exists to this day.

Cameron’s delusion over an EU referendum was based on Etonian hubris. He knew he was right because that was how he was brought up; it was the rightness of an elitist privileged education and a cosseted myopic culture of posh school and Oxford. Cameron wanted to stop a fifty year split in his own party over Europe and he knew best. But he was dead wrong.

He has created a disaster thanks to his narrow vision. We are leaving Europe because Cameron wanted to go down in history for solving a schismatic problem in his political party over the EU. He failed, and consigned Britain to a marginalised, dodgy future.

So he lost and, rather than fight his corner, he ran away. He pocketed millions in a publishing contract when he smelled cash and today we read the crumbs from that table.

He’s the real bad guy in this sad story. What we are left with are Johnson and Gove and Rees Mogg – a rogue bunch of misguided self-serving actors hoping for a role in a cockeyed future that is ludicrous and harmful to everyone.

6 thoughts on “Cameron is where the blame lies”