Black Country families using the vital services of Acorns Children’s Hospice in Walsall have been offered a lifeline, with the decision to close the hospice put on hold for four months.

The decision will give the charity time to launch a major public fundraising appeal to raise the funds needed to save the hospice.

The lifeline comes following a commitment of significant new NHS funding from Black Country healthcare commissioners and an earlier announcement by NHS England that they would double their central funding support to the country’s children’s hospices over the next five years. 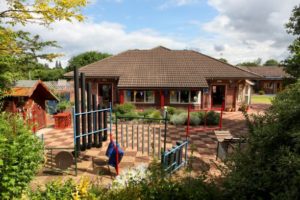 These announcements followed intensive campaigning by families of children cared for at hospice, including a visit to Westminster on June 18 by Mark Lyttle, the father of Isabella, who sadly died at the end of April after a long battle with cancer. Mark met and addressed a large group of Black Country MPs, as well as the Director from NHS England responsible for children’s hospice funding.

This lifeline means the Acorns children’s hospice in Walsall can stay open to Black Country children and families until at least the end of March 2020.

Acorns Chief Executive, Toby Porter, said: “We are deeply grateful for the new pledges of NHS support nationally and locally, and for the recognition they convey of the importance of Acorns children’s hospice care to local children and families.

“These pledges have created a lifeline for our vital services in the Black Country. We will now do all we can to raise the final funds we need to secure the hospice’s longer-term future by appealing to the local community for their support.”

An urgent public fundraising appeal will be now be launched by Acorns to raise the final funds needed to save the Black Country Hospice in Walsall from closure altogether. If the appeal is successful, it will lead to the closure proposal being completely withdrawn.

The appeal sets out to raise £2 million to towards the Walsall hospice for the next four years, until the full amount of new Government funding is reached. All funds raised from the appeal will be spend on delivering care at the hospice to Black Country children and families.

Toby added: “On behalf of everyone at Acorns, I would like to say a heartfelt thanks to the families, the local community and their elected representatives, and NHS commissioners who have shown such appreciation for the invaluable children’s hospice care provided by our team at Walsall, and such passion for it to be available to the families that need it in the future.

“We have been truly humbled and hugely encouraged by the recognition of the importance that our Walsall children’s hospice has to the Black Country community.

“A charity like Acorns can only operate with the support of the local community – who we now need more than ever to help us continue providing our vital care to any child or family in the region that needs us.”

For more information and to find out how you can support the Acorns fundraising appeal, visit www.acorns.org.uk/appeal