Jess Phillips MP calls for Labour to take a clearer line on Brexit.

Prominent backbench Labour representative Jess Phillips, MP for Yardley, is speaking on the panel at a Labour for a Public Vote event in her constituency on Friday.

Jess Phillips said: “Since the referendum three years ago the Tories have had every opportunity to deliver on the promises they made during the Leave campaign, but predictably these have not survived contact with reality. This isn’t easy and people should not have pretended it was.

“Instead they have spent three years wasting time while the country cries out for action on housing, health, policing, education and so many other immediate problems facing people in their daily lives.” 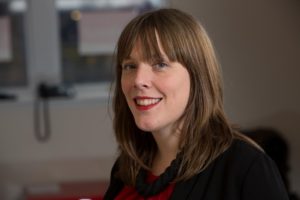 “It’s time for Labour to unambiguously back a referendum, to campaign for Remain and reform. Then we can get on with fixing the very real problems nine years of Tory Government have caused the UK.”

The event is organised by Labour for a Public Vote, an organisation of grassroots Labour members who are campaigning for Labour to back a public vote and for remaining in the EU. Their Director, Mike Buckley, is also speaking at the event on Friday.

Mike Buckley said: “The country needs an end to Brexit, and it needs a Labour Government. The way to get both is for Labour to back a public vote and remain. Getting there now seems inevitable – but the longer we take, the more voters we’ll lose, and the more activists will become disillusioned.”

Also on the panel is Liam Byrne, MP for Hodge Hill, who is seeking the Labour Party nomination for Mayor of the West Midlands. Lisa Trickett, Councillor for Brandwood and Kings Heath, is chairing the panel.

The event is on Friday, June 14th at the Hobmoor Community Centre at 7.30pm.