As part of Birmingham Airport’s eightieth anniversary year community programme, it has announced it will be this year’s headline sponsor of Solihull Summer Fest.

Taking place on the 27th and 28th July 2019 in Tudor Grange Park, Solihull the festival is in its fourth year and is expected to attract over 15,000 music fans from across the region. The line-up includes Level 42 (pictured), The Human League, Heather Small, Trevor Nelson, The Proclaimers and Go West on the main stage over the two days. A second HedKandi stage celebrates dance artists from the last twenty years and there are plenty of acts for the younger crowd, making it a family event for all ages. 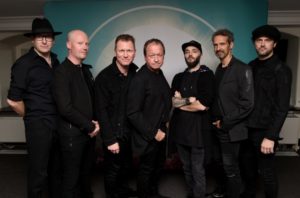 The Airport’s head of Sustainability, Kirstin Kane, explained why this is event is central to its anniversary year: “This is a momentous year for the Airport, having served the region for eight decades we want local people to celebrate the occasion with us.

“We recently also announced an annual partnership with the Birmingham Royal Ballet and there are other plans in the pipeline to say thank you to our neighbours, employees and customers for their support over the years. This event will be held in September and we hope to be able to announce this soon.”

Ian Rogers, founder of Solihull Summer Festival commented: “We’re delighted to be associated with such an exceptional organisation like Birmingham Airport. The airport is a magnificent asset to the area and all of our Solihull Summer Fest Team send our congratulations on its special anniversary year and look forward to working in partnership as our headline sponsor for 2019.”

“We would like to encourage everyone to come along and experience all the fun and excitement of a festival on their doorstep! It’s fantastic to think we are now in our fourth year and are becoming such a popular fixture in the local and wider music festival entertainment scene.”