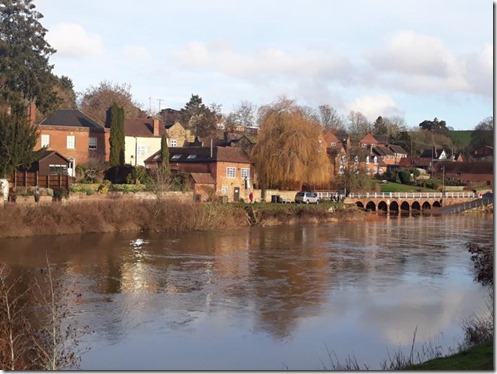 The River Severn is moving fast these days after the heavy storms. But this winter day is quiet, it’s calm and there’s a fresh bite to the air.

Birds park themselves on the downstream waters and glide south. The blue sky darkens and then brightens as clouds from the southwest roll northwards and break up.

But it’s not what’s around us that grabs our attention. But what we hear. In the quiet December air we listen to the mad squawks of the mallards, the swoosh of the current ripping downstream towards Upper Arley and the chug of the steam locomotive on the Severn Valley oldie timey rail line. Every so often the train lets out a hoot from its whistle as it rounds a bend. It’s hard not to smile when you hear a train whistle. It’s a song in itself.

On the west side of the river, we hear on the hard ground the stomp of heavy hooves. Six young horses are cantering up a steep pasture. Behind them are the Clee Hills and those rolling clouds.

And more sounds: the air whooshes as a phalanx of winter geese fly at eye level. Beneath this royal flypast, the river whispers and rolls as it slaps the broken banks. There’s the burp of a faraway shotgun. Then a tractor revs inside a barn.

These are the sounds of the Severn; the squawks, the swirl, the chugging of the loco, even the squeak of my backpack on the quiet muddy path as we heard north. Then a metallic chink. People are walking over a bridge near Upper Arley, It’s the sounds of boots on mesh. 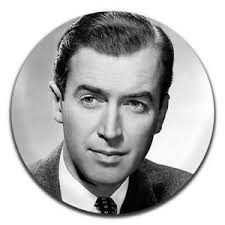 Back on The Alternative Planet Earth, it’s time for Christmas.

It seems less spontaneous, more of a diary event. To get a ticket to that Jimmy Stewart classic It’s a Wonderful Life, I found I had booked too late. There were a trio of tickets available at the expensive cinema but two were in the front row and the third way back. To grab a Boxing Day table in a popular pub, I was told I should have scheduled it back on January the First – almost a year in advance. And today the advert dropped via email for the Snow White panto tickets. It starts in December 2019.

Ah, well, there’s always the family meal. Wait. Too late for turkey. They’ve been…errr… gobbled down in advance. And that  purchase of the tree, that bit of nature growing from the corner of the room, is difficult. Most have gone. I’m almost too late for Christmas.