Brummies planning their holiday getaway to Europe next year have been urged to carry out a Brexit ‘MOT’ before Britain officially leaves the EU.

Most people in Birmingham have taken no action to prepare for potential changes that could affect travel in Europe after 11pm on Friday, March 29, 2019. Possible post-Brexit changes to travel could include Brits needing visas to visit France or flights being grounded – and anyone hoping to take a pet abroad will need to visit a vet at least four months before the trip.

But 82% of people surveyed in the city say they have not researched at al about how Brexit could affect their holiday plans, according to a survey for sister cruise companies Scenic and Emerald Waterways. And 72% of people in the city say they are completely unaware of potential changes to passport regulations and disruption to travel in the event of a no-deal Brexit.

Currently Brits can enter any Schengen area country even if their passport only has a day left before it expires – but if there is no deal, travellers may not be able to visit these countries unless they have six months left on their passport. 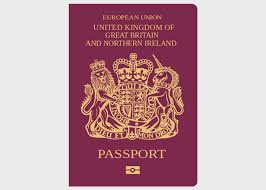 The government has advised adults and children to renew passports that have less than six months’ validity at the time of any planned trip. But just five per cent of people in Birmingham have renewed their passport and only nine per cent say they have checked their insurance company’s Brexit Terms and Conditions.

A plummeting pound, rising prices and the threat of no access to medical care are putting British holidaymakers off travelling to some of their favourite European destinations.

Colin Downing, MD of Scenic and Emerald Waterwayssaid: “I would urge anyone planning a summer holiday to the continent next year to carry out a thorough MOT of their arrangements to make sure they are as ready as possible for their trip and not to let Brexit doubts ruin their holiday.

“We talk to our customers all the time but wanted a clearer picture of how much they really understood about Brexit and how it may affect holiday plans which is why we commissioned this survey. The results have made us realise that Britain needs to wake up. We’re passionate about supporting our customers and want to help them take action with our three-step plan. By just checking your passport and going through your insurance T&Cs now you’ll be better prepared for next year.

“We’ve also introduced our Emerald Waterways Guarantee and Scenic Brexit Assurance which means our customers won’t be hit with any additional surcharges or price rises and means they can look forward to their 2019 holiday whatever happens with Brexit.”