Richard Lutz reads a new book on the dramatic effects of leaving the EU. 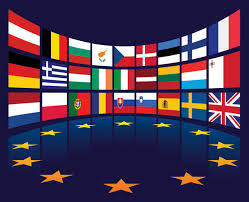 The clock is ticking. The UK will finally leave the EU on December 31st. Though, as this is written, it’s not known if the Cabinet really wants to commit a crime by breaking trade laws or whether there will be a hard border between Northern Ireland and the South or, to be fair, if the whole agonising debacle will be thrown to the wind with the unknown severity of the Covid pandemic.

A new book helps with deciphering so much fact, half truth and pure nonsense that makes up the eternal Brexit debate  and fills the fetid cross channel air these days. Brexit and Tourism is packed with statistics and graphics and charts. In fact, when it comes to charts I counted 47 of them used to underline major points. And then there’s the maps and sidebars and tables to illuminate more difficult problems. This book is a goldmine of argument stoppers framed by an emphatic ‘I Told You So’.

But it’s not just about how your Spanish holiday will be helped or wrecked by Brexit. The tourism hook is a springboard revealing vital factors around the sector: air travel, health cover, immigration, finance, export/import controls, even how you can or can’t use mobile roaming signals once the borders slap down.

The author Derek Hall, an expert in political geography, observes there is a backstory to the Leave thrust: “The insular UK,” he writes, “tended to be dominated by a drive for mercantilism coupled with a misplaced sense of superiority that is still evident today.”

But despite this cultural history, he says links are still strong between the continent and our islands. Europe contributes half of all financial inflow into Britain and delivers £10 billion  per year in tourism alone; half of all UK hospitality workers come from the 27 remaining EU nations; and, 75% of British tourists end up in EU destinations.

Separation, says Hall, will cause a phalanx of problems. Currency fluctuations will cause more expensive visits overseas; there will be tougher passport controls, phone charges may rise, access to free health care will probably disappear causing a rise in private travel insurance and consumer rights will decrease. Even the cost of renting a car for that trip through France will rise with insurance rates increasing.

Overall, the book says: “To the rest of Europe, Brexit appears to be an exercise in British self harm…but In Ireland, Brexit is lethal.” A hard  border would be a gratuitous act of hostility towards the Irish economy and that, it adds, “would be unforgivable.”</b> 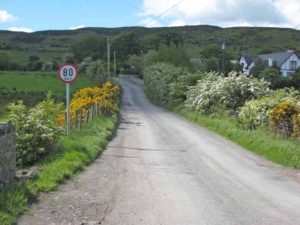 And it is to Ireland that Professor Hall ultimately fixes his gaze. That contentious border is now invisible, thanks to the 22 year old Good Friday agreement, pushed forward by Blair and Major. Today, an estimated 118,000 vehicle crossings use it every day. Rail and bus links account for another 1.7 million passengers annually heading either north or south. “Maintenance of free movement,” he writes, “was identified by the Irish government as a core demand for conditions covering any UK withdrawal.”

If a Brexit Britain forces a return to a hard border, things will spin backward. Hall says an open border is crucial for the peace process. Cross border traffic has doubled since the 1998 Good Friday Agreement. To remove Northern Ireland from the EU without consent, the book claims, is a rejection of the peace process.

Brexit and Tourism was written before the pandemic. And, of course, way before the current debacle over the Johnson regime wanting to illegally run roughshod over agreed trade law.  But still the message is clear and possibly touched with a dusting of clairvoyance. “Political uncertainty stalks Europe,”  Professor Hall writes. Plus confusion and absurdity. Simply put, anyone involved with Europe- whether through business, property or leisure- should have this book close to hand as we plunge through unknown waters.

One thought on “Brexit: “An exercise in British self harm””