October sees more big name comics and up and coming local performers take to the stage at Artrix Arts Centre in Bromsgrove.

The month’s comedy kicks off with the return of the ever popular A Black Country Night Out on Wednesday 3rd October.

Robin Ince is back on the road with his show Chaos of Delight and comes to Artrix on Friday 5th October. Ince mashes up the two cultures of Art and Science in this 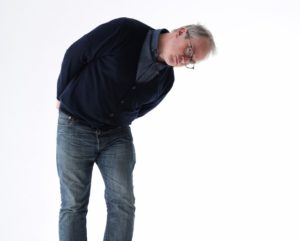 celebration of the human mind, from Bohemians to Black Holes, Dali to DNA in his inimitable stand-up/lecture style.

Lee Hurst: Mucking About comes to the Main Stageon Sunday 7th October. Lee will be turning up, lobbing gags and funny stuff at the audience from all angles so expect an evening with plenty of laughs from the star of BBC 1’s They Think It’s All Over. Recommended for ages 18+.

Stewart Francis, star of shows such as Mock The Week and Live at the Apollo, comes to Artrix on Thursday 11th October with his new show and last-ever tour before he heads off… Into The Punset. Recommended for ages 16+.

Rounding off the month is October’s Barnstormers Comedy on Saturday 20th October. A great night of entertainment is guaranteed, with performances from Susan Murray, Phil Jerrod and other acts to be announced. Recommended for ages 18 +.

For tickets or further information about any of the gigs at Artrix visit www.artrix.co.uk or call the box office on 01527 577330.