Fun for all as Mayor’s Community Weekend gets National Lottery backing.

Communities across the West Midlands have been awarded almost £60,000 of National Lottery funding to host celebrations, thanks to a new partnership between the West Midlands Combined Authority and the Big Lottery Fund, the largest funder of community activity in the UK.

In March it was announced that £50,000 of National Lottery funding was up for grabs, but after a positive response from people and communities across the region, almost £10,000 of extra money has been awarded by the Big Lottery Fund. 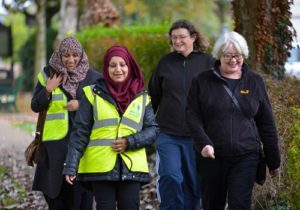 A total of 123 communities across the West Midlands have received a share of the funding to hold celebratory events during the first Mayor’s Community Weekend on Saturday 30th June and Sunday 1st July 2018.

Grants of up to £500 each have been awarded to create and deliver exciting events and celebrations across the region including Birmingham, Coventry, Dudley, Sandwell, Shropshire, Solihull, Staffordshire, Stoke, Telford, Walsall, Warwickshire, Wolverhampton and Worcestershire. Among them are twenty groups who have got together especially for the Mayor’s Community Weekend and are receiving National Lottery funding for the first time.

The aim of the Mayor’s Community Weekend is to bring together people and communities who live side by side every day, to celebrate the experiences they share and make new memories. It will encourage people from all walks of life to build stronger relationships within and between communities. Events taking place will include a beach party, picnics, basketball activities, barbecues, a dragon boat festival, litter picking and street parties.

James Harcourt, England Grant-Making Director at the Big Lottery Fund, said: “It’s fantastic to see so many people coming together for the first Mayor’s Community Weekend, and we’re proud to be using National Lottery funding to bring their ideas to life. It’s set to be a memorable two days, with people across the region joining forces to host events and activities which aim to spark new friendships, and make people’s lives happier and healthier.”

West Midlands Mayor Andy Street, added: “The Community Weekend is something I’ve wanted to do even before becoming Mayor.

“We have a strong sense of community in the West Midlands and this weekend will help build stronger bonds between neighbourhoods by getting together to do something positive. This may be volunteering, eating together or doing something active as a community. I am looking forward to joining hundreds of people across the West Midlands to celebrate their community over the weekend.”

The Big Lottery Fund distributes money raised by National Lottery players for good causes. In 2016-17, it awarded £64 million to the West Midlands to fund bright ideas, big or small. 90% of the grants it makes are for under £10,000.

To find out more visit here or here 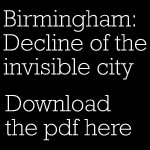