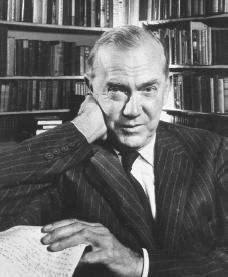 Richard Lutz braves the whirlpool of the last week.

It’s difficult to read Graham Greene under a hot sun, a sun so unusual (in any month) for Britain. But each spring, for reasons unknown, I pick up one of his novels and it burns like a scorching stone in my hand. They don’t make for easy reading.

This year, out of penance, I read two. The first is an early published story: The Man Within. It’s about betrayal and, as ever in Greeneland, about self doubt and guilt. He’s very good at these human frailties. The title, by the way, is from English writer Sir Thomas Browne; “There’s a man within me and he’s an angry man”. Very Greene. And written 200 years before Greene was born.

Hard on the back of this book (which he later defined as “an embarrassment”), I plunge into the jungle of human self-loathing with The Power and The Glory. Drunk Mexican priests and seedy English dentists wrestle with their inner demons and their external failures. And all soaked in deadening humid heat. Very Greene. Very Catholic. Very troubled.

Whew, Greene is powerful stuff. Good thing he can’t corner you in a pub and pin your gentle ears back with his severe surgery of the soul.

As I hack my way through the author’s Central American psychic darkness, news breaks. 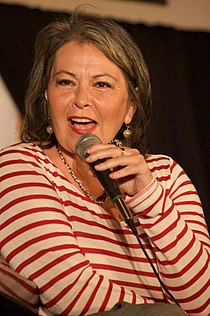 Tv comic Roseanne Barr (above) is chucked off the air for an appalling vomit of demented hate-stained puke she launched on Twitter. An Obama political aide is likened to an ape; Chelsea Clinton resembles a cartoon donkey; and, dumbly, stupidly, she somehow conflates 100 web-lies to erupt with the fact that Jewish billionaire George Soros betrayed concentration camp inmates during World War 2 to take their money. Weird, deranged stuff considering the businessman was ten years old when the Nazi war began.

What would Graham Greene have made of this Internet/social media morass that now so dominates us and allows all comments, whether rooted in fact or mired in dung, to be equal? This ultimate democratisation of online stuff is close to criminal. All messages have equal value. A Pulitzer Prize philosopher and a ranting idiot like Barr are given equal time, equal status with a tap of a keystroke.

And all without rules or laws to stop libel, lies, or vile attacks on the innocent and the vulnerable. The ‘net now has to be defined as Greeneland’s offshore mad house.

It’s where the inner world has been supplanted with screaming morons. It’s where the unhinged, the poisonous, the dangerous can vent their venom like vermin discovered hiding, devoid of thought, under a rock in a blazing desert.

Greene would have had a field day.

4 thoughts on “Greene-land and its offshore madhouse”