Programme to mark seventieth anniversary of ship’s arrival in the UK.

Midlands Arts Centre has announced a series entitled Beyond Windrush, a new summer programme of photography, visual arts, dance, music and more which will take place in MAC’s various spaces from May 4th–July 8th. 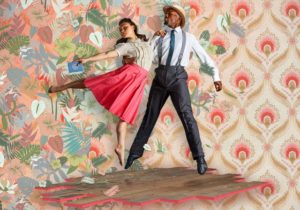 Beyond Windrush celebrates the seventieth anniversary of the journey nearly 500 people made from Jamaica to London in 1948 on board the passenger liner, SS Empire Windrush. MAC’s programme is designed to highlight the impact and experience of migration through new commissions of artistic work by local and international artists. Entertainment and a host of participatory events will also be on offer for audiences and visitors of all ages.

MAC Artistic Director Deborah Kermode says: “On 22 June 1948, the SS Empire Windrush arrived in Portsmouth carrying 492 Caribbean passengers from Jamaica, Barbados, Trinidad and other islands. This would mark the beginning of the mass post-war immigration movement which was to radically change British society. To many, they are known as the Windrush Generation.

“In recognition of the seventieth year anniversary, MAC is presenting a celebratory season with exhibitions, dance, spoken word, and special events – to celebrate the real-life experiences of the Caribbean community and to recognise the contribution of newly arrived citizens coming to the UK today. The now-familiar debate about identity and citizenship was sparked when the first Caribbeans arrived. In our new pre-Brexit world these issues are as relevant, if not more so, than they were seventy years ago.”

Says MAC alumnus, Birmingham-born Adrian Lester: “MAC’s Beyond Windrush is a celebration of the people who journeyed to the ‘mother country’ to start a new life, not knowing how hard they would have to fight to be accepted. The season recognises the contributions made by those who have now made the UK their home, and that of their children and grandchildren – a new generation that have made strides in business, the arts and public service. This is a season for everyone offering exhibitions, dance, music and family activities. I hope you will all celebrate with MAC, and support what promises to be an uplifting and thought-provoking programme.”