The latest event from the city’s top jazz promoters.

The Sirkis/Bialas International Quartet will be next up at the group’s weekly 1,000 Trades performance. 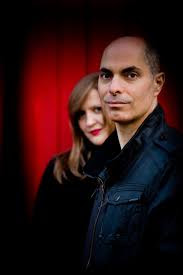 The Sirkis/Bialas International Quartet is a fresh new collaboration between Israeli UK-resident drummer/composer Asaf Sirkis, known for his work with the Lighthouse trio , Gilad Atzmon, Tim Garland, Larry Corryel, John Abercrombie, Asaf Sirkis Trio, and Polish vocalist/composer extraordinaire Sylwia Bialas. The quartet features London-based Scottish bassist Kevin Glasgow, and the acclaimed Frank Harrison on piano and keyboards. Together they display a wide range of dynamics from the most delicate ballad all the way to high-energy electric virtuoso lines and everything in between.

The quartet`s latest album Come To Me was released 2014 at the London Jazz Festival and the band has been touring in the UK and Europe since.