Weekender success set to continue in 2018.

Culture Central, the development organisation for culture in the Birmingham, has confirmed that planning will begin this year for Birmingham Weekender 2019, which will take place 27th–29th September 2019.

Weekender 2017 generated an economic impact of £2.7 million and saw thousands of people participate with over 165,000 attendees attending an average of three events each over the three days of the festival.

To coincide with the news,  two short films

are being released: a short highlight trailer from Weekender ‘17 and a longer film that begins to share wider ambitions – particularly in light of the announcement that the Commonwealth Games are coming to Birmingham in 2022.

Gary Topp, CEO Culture Central said: “Weekender 2017 was more than just another city festival- it marked a change in the way that we are presenting the city as a distinctive, evolving and world class place for culture.< /strong>

“We were pleased to work with more organisations, more communities, more venues and more artists than ever before and create something that was genuinely Made in Birmingham.”

The cultural calendar for the city in 2018 is already in motion and includes: 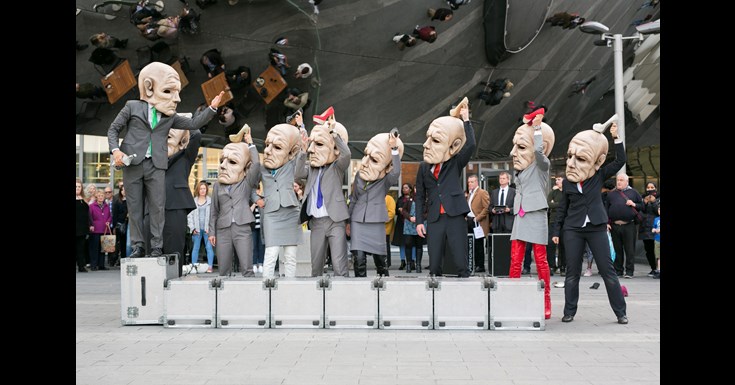 The University of Birmingham’s Arts & Science Festival (12th–18th March) brings together leading artists, thinkers and scientists for a free programme of activity exploring arts, science and the spaces between.

Classical music will be back in train stations, concert Halls and parks as the CBSO celebrate the life of Debussy, (16th-25th March).

Birmingham Hippodrome’s B-Side Hip Hop Festival returns (11th-13th May) with a weekend takeover of dance and rap battles, live music, workshops and graffiti in the streets around the theatre.