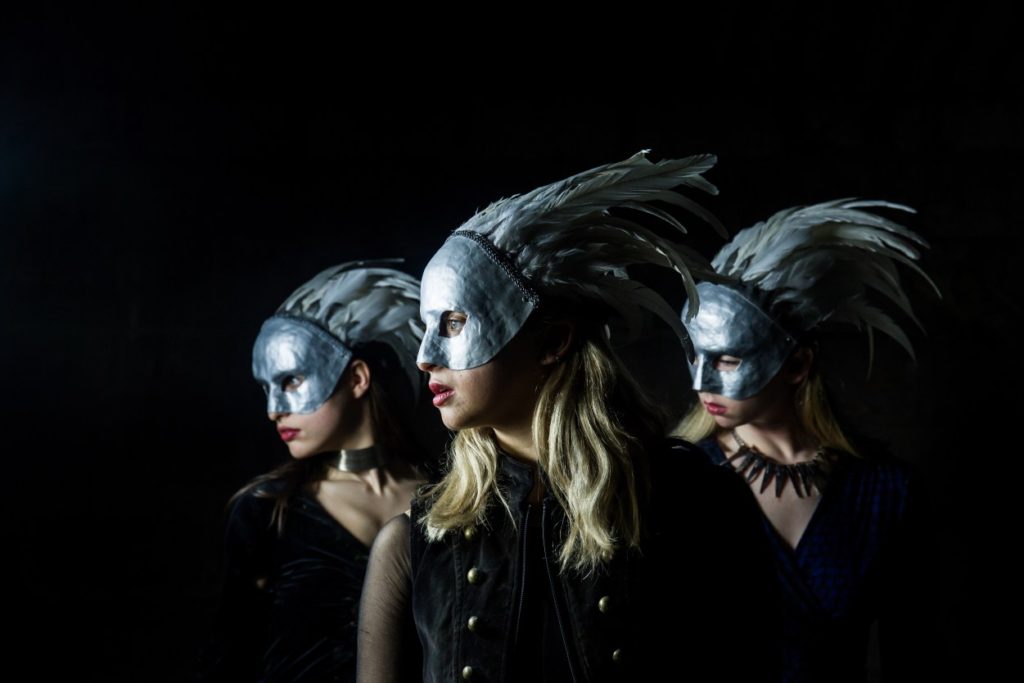 Richard Lutz takes his pew for a dance rendition of Shakespeare’s Macbeth.

Shakespeare knew who buttered his bread. When King James the First ascended the throne in 1603, the playwright decided it was in his best creative interests to do a work about Scotland and witches. After all, the Scottish-born king was a self-acclaimed expert on the supernatural, even to the point of writing a well-researched tome called On Demonology in which the new monarch proved how to identify the female possessed (among other things, witches had beards).

Shakespeare must have shrugged his shoulders, downed another pint of Madeira and picked up a pen. And so was born Macbeth.

I know, I know, the above seems a bit of a tangent. But not really. The Mark Bruce Dance Company has created a brooding hard edged production about the the play. As expected, it is dark and  moody, filled with flickering candlelight, a bloodred moon and, of course, overseen by a trio of wayward sisters.

It’s a startlingly harsh production that bursts from the stage of The Patrick Centre in Birmingham. Bruce, the choreographer, wants you to feel that all the violence, the knife sharp murders and, yes, the passion between Mr and Mrs Macbeth are all intertwined with the unworldly spirits which, in his mind, are three young witches carrying metallic children as they whirl, spasmodically move and ensnare the doomed king in their evil clutches.

Lighting by Guy Hoare, on top of the candlelight, is superb, throwing metallic illumination from back of the stage. The movement is muscular, angular. Only Daisy West as a proud Lady MacDuff shows elegance and softness. Music is wide-ranging, from Arvo Part to Sonic Youth to Franz Schubert.

There are longeurs – maybe as a viewer I could have used ten minutes less of this heavyweight performance based on one of the heavyweight Shakespeare masterpieces. But the sound and fury are there as the dancers drown in blood and witchcraft.

On tonight at The Patrick Centre, Thorp Street, Birminghamham