Richard Lutz peers into his crystal box set to unveil the best movies on TV this week.

Hey, it’s Boxing Day in Old Blighty – the day after Christmas. And that means one of two things: Either it’s the traditional day when the servants got their gifts, or else it’s when you got punched in the face. Take your pick.

And on this festive week, here’s a real triple combo whammy gift – three great classic movies back to back to back this Thursday and all on the usually empty-headed Channel 5.

First off is The Seventh Voyage of Sinbad (Ch5, 10.25am). This 1958 fantasy was, definitely, my favourite afternoon movie when I was a kid. It’s filled with mythical heroes, villains, monsters, magic and a great hero in Kerwin Mathews, the eponymous Sinbad who sails the seas to bring his babe Pariso back from the clutches of the baddies. Along the way he meets a whole range of great Harry Harryhausen stop-action nasties: The Cyclops, a dragon, flying dinosaurs and magical landscapes.

Of course, the dialogue bubbles with corniness, the plot giddily bumps from monster to monster but Bing Crosby’s real-life wife Kathy Grant is there to save the day and decorate the proceedings as Pariso. And you’ll be glad to know that mega macho-hero Kerwin settled down after Sinbad to run a men’s clothing store in Hollywood when his star quickly faded. 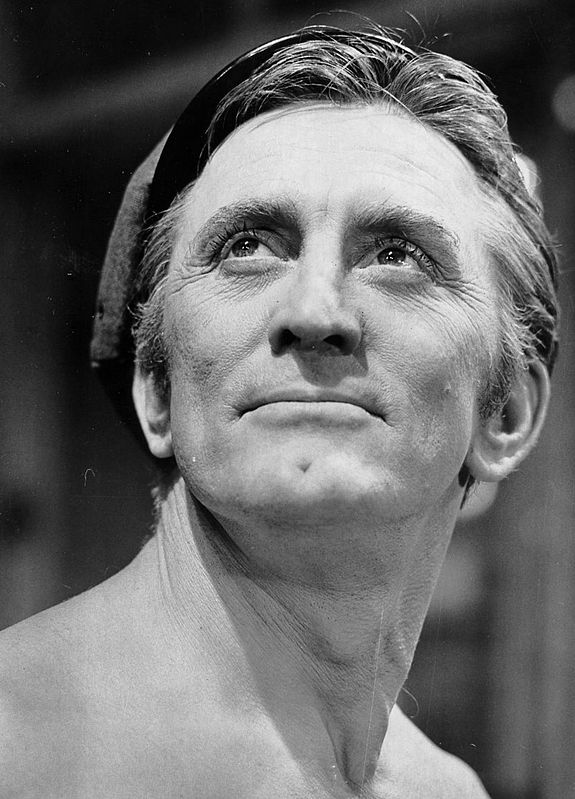 Next up is The Vikings (12.15pm) with Kirk Douglas (above) and Tony Curtis duking it out in ninth century Northumbria a-plundering and a-killing as Norsemen a-chasing gold and the same woman, played by Janet Leigh, as she seeks refuge in Tony’s muscley arms. And cuddle they must because Janet and Tone married twice in real life Tinseltown. It’s a great fire-breathing non stop saga that charges full speed ahead in big fight scenes, storming of clifftop castles and Kirk getting his eye ripped out by a hunting hawk.

But despite this trio of stars, it’s the locations that stand out with majestic fjords and Nordic mountains painting the scene as Viking longboats plough through the gorgeous scenery to the baleful tune of a Norse hunting horn. Ernest Borgnine co-stars as the roaring uber-Viking Ragnor, who is allowed a sword before he jumps into a devilish pit of howling yelping man-eating dogs. Yikes and pass the popcorn.

Finally, it’s the much loved Jason and the Argonauts (2.30pm) to round out a six hour marathon of Los Classicos del Movies. The Jay-man and his boys set out on an ancient mythic sea voyage to claim their golden legendary role in Boys Own escapades and along the way meet up with monsters and baddies and….hey, this is starting to sound like the Sinbad flick. And so it should because Charles Schneer directed this film and produced the earlier one. You also get another dose of five star creations from Senor Harryhausen, including the unforgettable army of fighting skeletons.

By the way, cardboard Jason star Todd Armstrong (where do they get these names from?) fought those skeletal stop-action baddies with his sidekick Pelarus played by rising Brit star Andrew Faulds. When Faulds’ own thesbo career started to splutter, he fell into politics and sat in Parliament for forty years as a mouthy shoot-from-the-hip Labour MP for Warley, who twice was sacked from minor Cabinet roles because he couldn’t keep his gob shut. Maybe he should have remained wrapped in a teeny weeny loincloth forever battling skeletons with Todd.

One thought on “Screengrab: Fjord fiesta”