Richard Lutz wrestles with the wreckage of another week.

Yes, I know. I know. The self-styled headline is brazenly stolen from the writer Ring Lardner. Mea Culpa and all that good stuff Actually Lardner, himself quite a cheeky so-and-so, would have approved of my deft use of a passable phrase or two- whether it was nicked or not.

Anyway, to the point in hand. I stepped into a barbershop I hadn’t used before. Haircut and a cut-throat shave. Sitting in a barber’s chair with him snipping away and getting a clean pair of cheeks is a good way to avoid doing other things.

Mr No-Racist kept the steel cut-throat against my windpipe. It was hard to argue the point in that position. It didn’t seem the best of times to discuss it. As a matter of fact, it seemed the worst of times if I entered into debate with an exposed neck and a barber who wasn’t a racist. Anyway, I got through the shave, didn’t leave a tip and won’t go back. But I have to say this barber knew how to handle a razor and scissors. It was a good haircut and shave.

Away from this poison of hatred, I head to my multiplex. Not to see  Wonder Woman but Who’s Afraid of Virginia Wolfe. And not the Liz Taylor/Richard Burton one either. This one’s ‘live cast’ from the prestigious National Theatre into my local fleapit…but a fleapit with reclining sets, surround-sound and the pleasures of pre-booking online.

It’s a gripping play. Edward Albee banged out a script dipped in acid and splenetic anger. It is terrific to see a live performance  (or, it must be said, a live performance not actually live but pre-recorded at some dates) and it gives access to London theatre out in the boonies. It saves a wad of cash and loads of time.

But the cameras can only pick up so much. So, if you hear the ‘real audience’ laughing at a physical joke, it may be that you miss out because the camera is on another actor. It is a subjective perspective from the angle of what the Livecast director assumes will be relevant  and interesting.

Actually going to a stage performance, which I do when I review, means you can pick up what you want, follow one actor, check out a nuance that intrigues you. But with Livecast, the telecast director directs you, the movie audience, to where it is thought you will want to concentrate. Sometimes it just doesn’t work. But you can’t deny that a huge audience hungry for top class theatre now has access to it – and save a lot of money. 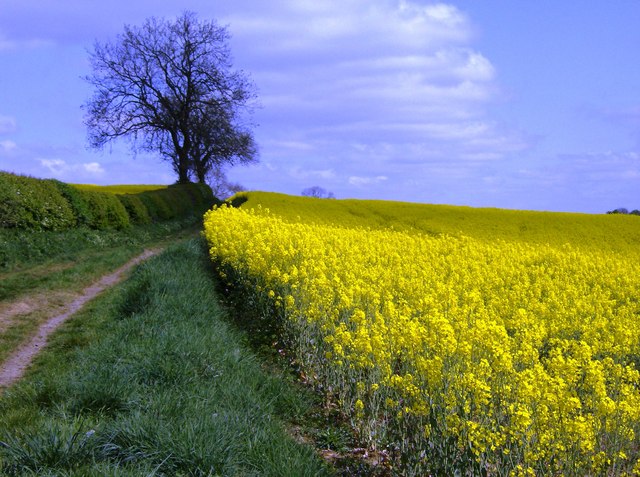 On to the Great Outdoors. I wander through through Warwickshire near Aston Cantlow, Hasilor and Great Alne. Nice names and nice neighbourhood. Bill R, who knows these things, notices that the crack willow that borders the streams and ditches are sparse, too tall with no body to their bulk. It is the lack of water. And it could be bad for the cricket season as the tree is used for bats. The crack willow would simply crack if made and then used.

Also down to North Oxfordshire. We amble on the MacMillan Way (above) which is a 200 mile ribbon connecting west Wales to the Lincolnshire port of Boston. It’s a green, meandering belt across the middle of England. Churches dot the path, we visit one with alabaster tombs from the early 1600’s, Shakespeare’s time. And another hidden in a copse that has minutes traces of medieval paint on its 12thc chancel arch that looms above us. Both churches are absolutely silent in the cleft of the Cotswolds hills. There’s only the bleat of the sheep grazing nearby.

2 thoughts on “Haircut and other stories”