I am sitting on the verandah of the West Wing of The White House (writes Sir Howard Elston, CBE, NFL), corndog  in one hand and alcohol free Diet Tab-lite in the other as I relish news that the Trump regime has finally pinned me down to become POTUS’s chief speechwriter.

It’s so beautiful. The most beautiful decision on this planet and the United States.

For weeks, his henchmen have been hounding me to write his alternative truthful speeches and add my spectrum of bon mots that will make him the most coherent leader this side of Benito Mussolini. 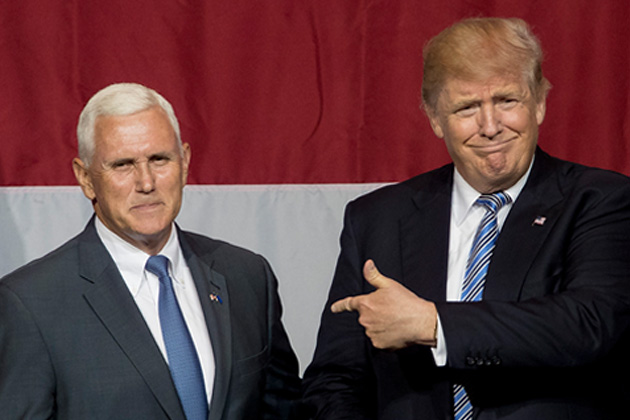 Prez (right) with the other guy

Here is the first speech that The Prez will use that includes my words. It is to be used to open The National Convention of Cracker Barrel Rifle Nuts:

“Thanks you peoples and welcome to you too who have guns and weapons and guns and things. It is so beautiful to see white people armed and lock’n ‘loaded on the streets of your great capital in all the cities of this country, here in Americaland and the 42 states which is America.”

“I will put the word Great back into America. I promise you that.”

And America will become Great America just like in the good old days when Washington fought the Civil War  and we toughed it out for slavery, lynching and armed vigilantes protecting human rights and gated communities. It will be so beautiful. I promise you. Sooo beautiful, despite the lying media and that criminal Hillary Benn.”

My contract (adds Sir Howard)  is, alas, only for six months as Vegas has given 4:1 odds that The Prez will be shunted off to Joliet State Penal Institute before a July 4th firecracker hits the night sky.

But until that time, buckle your seatbelt. I’m penning the words and so beautiful thoughts of the most powerful man on earth as we speak, as it were, be that as it may, for his grand opening lecture at North Korea’s first International Taco Bell franchise hoe-down. So beautiful that place. So beautiful.

And, as Mr Trump personally told me as he removed his foot from my chest: “Howie, that man in Pyong Poontang gets bigger democratic  crowds that even me. He must be doing something so good, so righteous. See if we can book Kim Novak Jong-un for our next NATO meeting. Call his agent. Call his barber”

Phil, a Yorkshire used car salesman and White House pundit, adds: “Sir Howard as chief scribbler for Trump? Gimme a break and pass the orange tanning spray. Howie’ll be doing day labour on the Mexican Wall for $5 an hour within a month.”