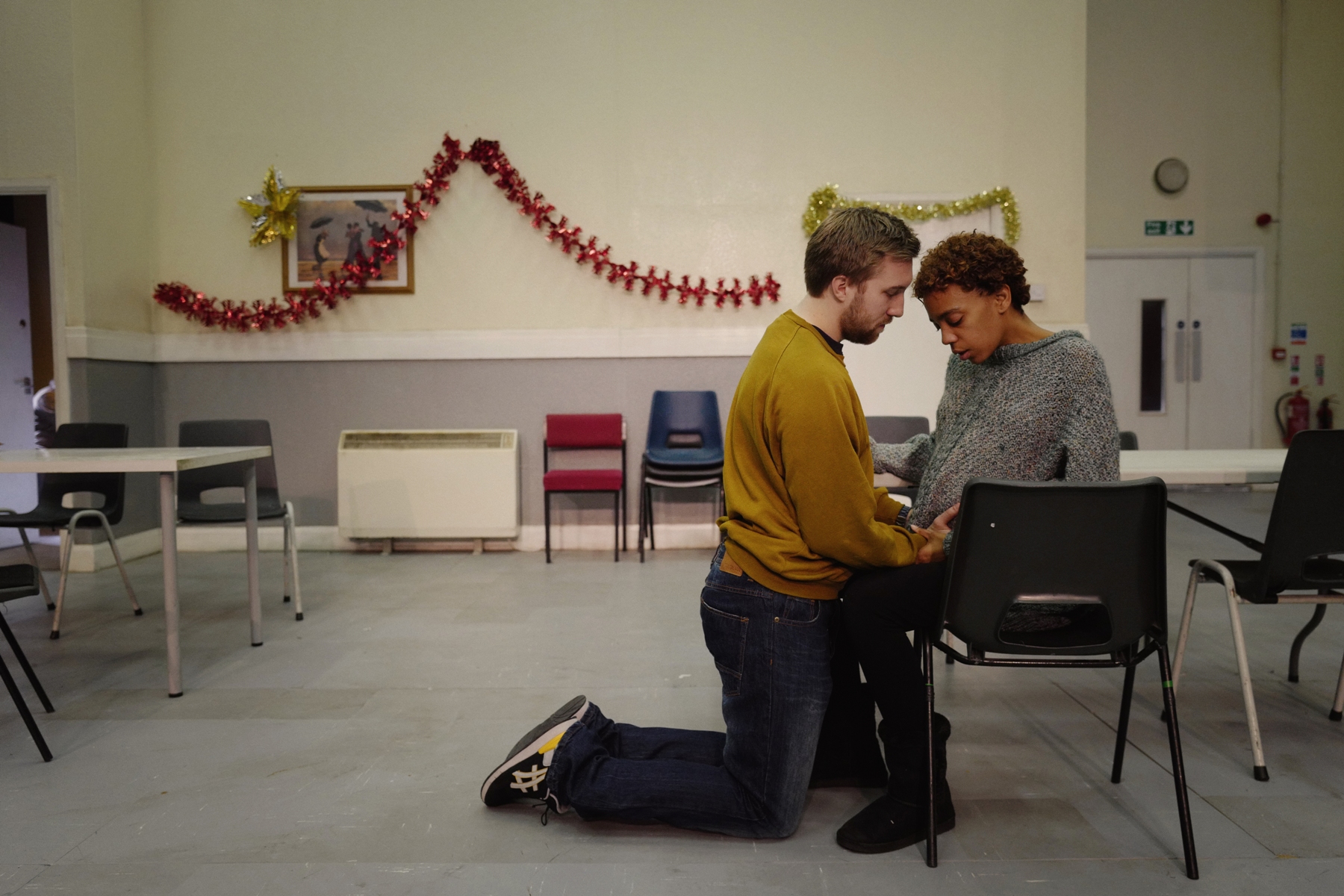 Richard Lutz takes a pew for a gripping tale about homelessness and the enduring power of love.

When I first entered The Birmingham Rep’s Studio Theatre, my first impression was how the maintenance of the place had deteriorated so fast, so radically. The walls were smudged with urban grunge, a stained skylight was blurred by fungus and dirt, the lighting was dingy and faint and there, in front of me, were the sad, neglected furnishings of a dumping ground for the dispossessed.

Then, of course, the realisation that set designer Natasha Jenkins had done a superb job in creating the hell of a homeless hostel for the eight characters in this play about being marginalised and starved of compassion and comfort when Christmas arrives and there is nowhere to call home.

But this co-production by The Rep and The National Theatre is called Love. And that is the surprise.

Like personae in an O’Neill play, they struggle to keep hold of those they care for as they remain forgotten on the bottom – there’s the elderly mother losing his mind and her dignity; her inadequate son trying to care for her in the single room they are given; the family of four (including an expectant mother) crammed in their bunk beds as their daughter practises innocent Christmas carols; the Somalian woman estranged from her kids; and, the  Syrian teacher struggling, alone and drifting.

Love, says writer/director Alexander Zeldin, is the fire that keeps them warm and keeps them alive. It makes for gripping theatre. And, I have to say with outstanding performances from Anna Calder-Marshall as the elderly women and Nick Holder as her barely-coping blob of a son, the actors rise to the occasion.

Yes, this is a harrowing play about how an anonymous council leaves the homeless hanging on to hopeless hope.

But it is also a play about eight characters in search of a better life and using the power of love to cosset them. It is a story about this elemental key to survival. And that makes this play a story about, strangely, a glimmer of optimism down in the lower depths.

3 thoughts on “Love at The Birmingham Rep: “…. harrowing drama from the lower depths…””