Richard Lutz catches a mix of jazz, hip-hop, RandB and techno from a young master 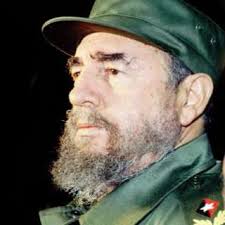 Robert Glasper has made a reputation  for not playing by the rules. Rock and roll, Archie Shepp free form jazz, pop, blues, even some semi-schmoozey romance numbers that aren’t too far from Lionel Ritchie. But whatever this Texan musician does with his quintet, called Experiment, it’s tight, playful and highly adept. And it keeps an audience on its feet.

And on its feet it was with the Town Hall taking out the stall seats because they knew a big crowd would be up and moving. Glasper himself, with a hint of the Southwest drawl, is a cheeky character and one who knew how to keep the punters happy: “This one’s for the lay-dees..” he smiled as he did a commendable Solomon Burke imitiation. And off he was with singer Casey Benjamin wooing the gals in the front.

Then Benjamin would pick up his alto sax and create a long post bop number a la Coltraine. Drummer Mark Colenburg kept a tricky and compulsive percussion backbone and twin guitars would, on some numbers, just blow out the venerable venue with nothing short of old fashioned stadium rock. Sound was somewhat hampered by bouncey echoes off the hall’s cavernous Victorian ceiling, hindering vocals, already wavering through the vocoder synth, and some of the bass. But all in all, a vibrant night.

Glasper has a winning track record: producer of a Herbie Hancock album, a Grammy Award winner and, recently, composer on the Miles Davis bio-pic Miles Ahead. He has commented  that jazz should reflect the present and use the past to update music. And this concert played to that ethic ending with an Isley Brothers’ classic Summer Breeze – just right for a cold winter’s night.