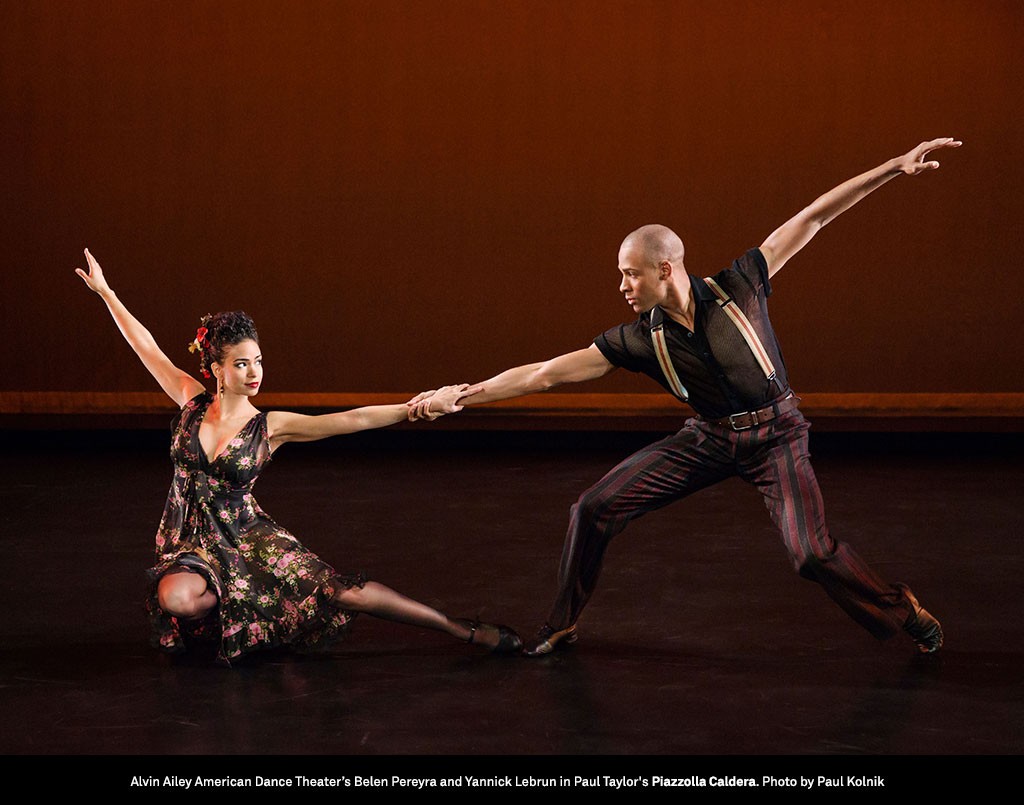 Nice to be greeted at the Birmingham Hippodrome by an ad hoc hiphop festival outside the main doors. It set the scene.

Inside, The Alvin Ailey Troupe, on the move for close to sixty years, blasted the big stage to add a bit of late summer heat as September rushes to an end.

Its tour de force was the closer: Revelations, performed at almost all of their shows as they tear through a six week UK tour. This is a dance summoning up the black American experience, full of gospel, blues and spiritual music, not without its humour and full of heat, torment and the pain of slavery and how it deforms the American landscape.

Ailey thrust American black dance onto the New York scene but never forgot other roots too. PIazella Caldera is pure South American tango, sexual, highly charged, something of the night about it including the two drunks staggering (delightfully, of course) through the dancers.  Music is by Astor Piazzolla and, though, highly watchable, suffered at times from some symptomatic Americana, maybe a touch of cliched Broadway seeping in.

The opener was the most formal of the trio:  Open Door is a Cuban  piece of elegance, more of a taster for the full house in front of them. Music is by the appropriately named Afro Latin Jazz orchestra with numbers redolent of Coltrane, Miles Davis and the big Latino stuff of Mongo Santamaria or the big band sound of Mike Westbrookes.

Alvin Ailey Theatre continues tonight at the Hippo. It’s full on extravaganza, tightly produced, maybe a bit too polished, but with terrific music and, nicely, with a loud, receptive audience.