Thoughts on the great events of the day.

The BBC’s flagship show The Great British Bake Off has been nicked by cheeky tv rival Channel Four. But its lead chef, Mary Berry, is sticking like an old cheese omelette to the Beeb. She won’t go to the new show. This earth-shattering decision made national news.

“It is my great pleasure to have been boss of both The Great British Bake Off which has been stolen by communist Channel 4 and, previously, Top Gear where a fat presenter punched his producer.

“With Mary sticking with the BBC in a major loyalty situation crisis, she has shown great friendship to the the corporation  and the queen and the peoples of this great nation including the Welsh.

“There is no doubt that we must lay aside our interest in the Syrian massacres, the daily shooting of black men by US white cops, the chaos over Brexit, half billion Yahoo folks scammed by internet criminals, or the nightmare immigration crisis in the Med to worry constantly how this 81 year old dough-buster will manage her media career.

“Let us all stay silent for a second, forget the world’s troubles, come together as Christians, Moslems, Jews and that other big religion I forgot, to speak quietly and earnestly about our place on this planet as Ms Berry prepares for a better life.” 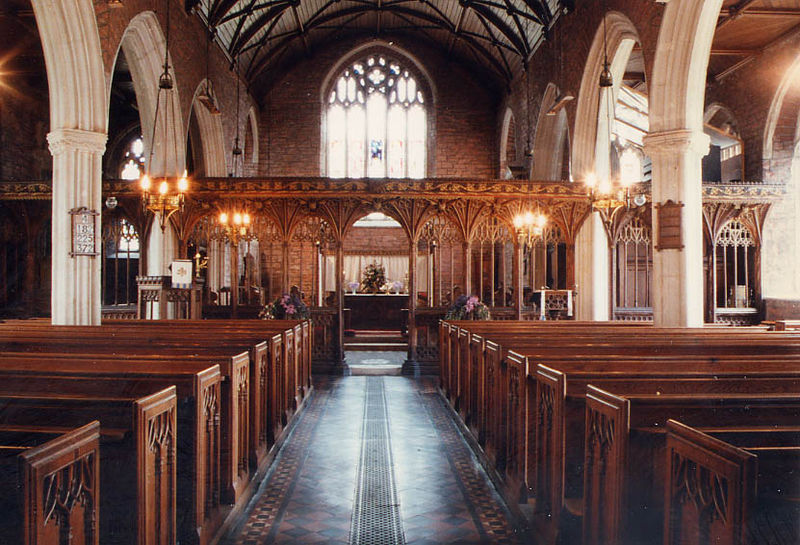 St Mary’s Church in  Berry, Dorset, which has nothing to do with the famed cake maker

“I offer this simple but eloquent prayer:

Yea, you are in your ninth decade and have given billions not only eternal joy but also firm but delicate scones.

Yea, we offer our delight and respect that you are sticking with the BBC with your mega-bucks contracts and oodles of cash.

Yea, Channel 4 has paid the appalling figure of £75m for a show about baking cakes, Yea, the show’s independent creator is 70% owned by Sky TV which, in turn, is owned by Rupe The Snoop Murdoch and his evil clan (so who’s laughing now?) , and, yea, we sat around our flatscreen gormlessly watching foodies making puds which you can’t eat, smell or touch because it is pre-recorded and on the tv”

Sir Howard continued: “Also, as I chair meetings around the world over fraudulent expenses, seven figure pay-outs to meat-on-a-stick tv presenters who read autocue  for a living and  as I decide which petrolhead will replace fat clown Jeremy Clarkson and his airhead successor Chris redhead guy on Top Gonad,, I can only say we must crawl towards another day, pray for a better world, make another chocoberry tort.

“God bless St Mary and all who view tv with her.”

Phil, our Scarborough based media expert and a dab hand at fixing up old Skodas with a lick of metallic paint, commented: “You wouldn’t get a bloody pensioner lady ruling the roost oop ‘ere in Yorkshire. Nowt to it..bring back Geoffrey Boycott, a good strong cup of tea and an old shoe encrusted with cooking fat. Now, that’s baking..not this la dee-da nonsense with soufflés and bloody tarts and...”(cont. exclusively for another 4500 words on our Humberside website)